Denim Day came out of a 1998 Italian Supreme Court decision that overturned a rape conviction because the victim wore tight jeans.

Since then, the landmark court decision has grown to an annual campaign and movement where individuals wear denim clothing to protest against the misconceptions surrounding sexual violence and victim-blaming.

Nina Baluran, one of the members of the UOG SWA, says that there were more people who attended the wave than she and the rest of UOG SWA initially anticipated.

“It was really good to see people in the community come out and give support. They honked a lot, they waved, and they were very supportive of what we’re trying to do,” Baluran said.

After the wave, Baluran started getting messages from other residents on what Denim Day was and how it connects with our island community

“They were very shocked to hear what Denim Day was and so they didn’t realize the historical significance and how much of a movement it is in the community. It was good seeing people reaching out personally and asking what more they can do to support sexual assault awareness,” Baluran said.

She added: “Yes, this does affect the rape rates because we always keep our business to ourselves or no one has to know outside of the family. People don’t want to shame their family name and disappoint anyone. But I think one way we’re combating this, especially with the younger generation now, is that we’re more open to talking about it and be educated about it. The way forward is to get to do more workshops, presentations at schools, talking about what sexual assault is and understanding behaviors,” 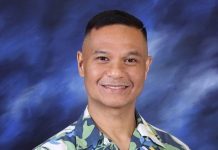 2021 Teacher of the Year: ‘Teaching is always rewarding’ 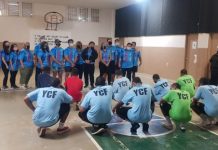 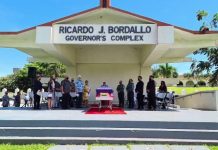 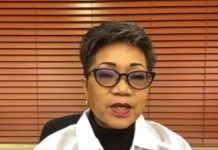