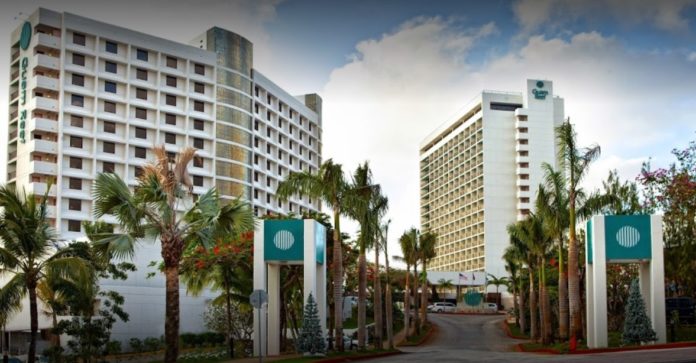 Members of an unnamed military unit deployed to Andersen Air Force Base violated their restricted movement orders while they were lodged at the Guam Reef Hotel in Tumon, according to Public Health Director Linda DeNorcey.

35 members of the unit have now tested positive for COVID-19.

The unit arrived at Andersen Air Force Base on May 25 and was booked into the Guam Reef hotel. DeNorcey acknowledged that some members of the unit left the hotel and patronized other businesses in the Tumon area.

On June 11, seventeen days after their arrival on Guam, one member of the unit began to show symptoms of COVID-19 and later tested positive. In a news release issued June 17th , Andersen AFB acknowledged that seven members of the unit had tested positive for the disease.

The next day, the Joint Information Center reported that eight members of the unit were positive. On Friday, that number rose to 15. Now, 35 positive cases have been reported from this same unit.

In a statement to the Pacific News Center Saturday, DeNorcey said that Guam Public Health “is coordinating with the Reef Hotel to provide testing to employees.” Those who have been identified as having had close contact with the service members “are in 14-day quarantine now,” she said.

DeNorcey also said that notice is now being sent to various “businesses of possible exposure” and “testing of employees will be conducted this coming week.”

Andersen AFB is conducting its own investigation and sharing its information with the Guam Public Health contact investigation team, she said.

*June 18: JIC #185 – “Eight cases of COVID-19 have been identified among service members in a unit deployed to Andersen Air Force Base.”

*June 19: JIC #188 – Seven additional positive cases of COVID-19 are reported to Guam Public Health by the Department of Defense  “among service members in a unit deployed to Andersen Air Force Base (AAFB), bringing the total cases associated with this unit to 15.”

*June 20: JIC #190 – “Twenty were identified through contact tracing among service members in a unit deployed to Andersen Air Force Base (AFB), bringing the total cases associated with this unit to 35.”