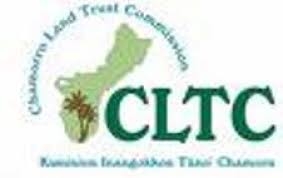 You can read the full DOJ letter attached to the story below.

Guam – In the wake of the monumental Davis vs the Guam Election Commission decision where a judge ruled that the guidelines for which the Chamorro plebiscite vote are constitutional, a new issue has arisen that threatens to reverse a local program that helps thousands of disenfranchised Chamorros

In a letter dated January 13 sent by the Department of Justice to Attorney General Elizabeth Barrett-Anderson, the DOJ threatens Gov Guam with a lawsuit after an investigation found that the Chamorro Land Trust Act, an act passed by the Guam Legislature in 1975 to help displaced Chamorros regain land, violated the Fair Housing Act. The original deadline for Gov Guam to file a response to the DOJ was January 31st but was extended because of the impending Davis vs GEC case. But 24 hours removed from the decision, Adelup has yet to respond to the potential lawsuit.

“We would really like the opportunity to sit down with the federal government and really explain to them and explain the wrong that we were trying to correct with the CLTC, that being said we have until the end of the month to respond to their request to meet and possibly come to a settlement or some kind of an agreement,” says Oyaol Ngirairikl, governor’s spokeswoman.

“Definitely the governor wants to protect the rights of people who have had homes here for years now and protect the program as a whole. He obviously believes very strongly in this program and its intent and to disrupt that process and once again disenfranchise the people of this island who have been marginalized for so long,” said Ngirairikl.

But as legal counsel for Adelup Sandra Miller points out, the DOJ is not actually suing Gov Guam just yet, it’s only a threat. But even the threat of reversing the program has prompted some people to question whether or not the governor will stand by the CLTC program in its entirety.

“And the answer to their question would be that this is something the governor does intend to fight for and he will absolutely fight for the rights of the Chamorro people and that’s not something he’s never backed down from,” said Ngirairikl. “We are going to take it one step at a time. And we are going to focus on that step to make sure we’ve done everything we can each step of the way.”

Adelup was quick to point out that the DOJ is willing to sit down and defer a lawsuit, if Guam is willing to enter into pre-suit negotiations. And while Adelup has stated they will fight to keep the CLTC program intact, the DOJ states “although we are willing to discuss specific provisions, the decree must, at minimum, provide for injunctive relief addressing specific violations and preventing future violations of the fair housing act, including provisions to ensure that land use policies and practices are implemented in a manner consistent with federal law.”

In a statement to PNC Senator Tom Ada, who has oversight of the CLTC says it is “premature” to introduce any legislation addressing the matter. Ada says he will have to see what actions Gov Guam will take before moving forward.