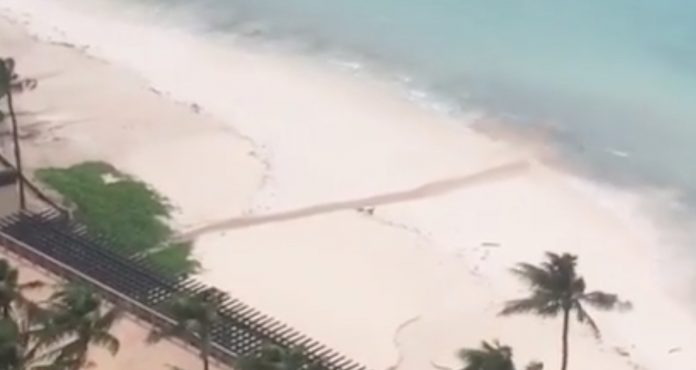 Guam – Department of Agriculture biologist Brent Tibbatts says they are investigating the pumping of what appears to be storm runoff into the Tumon bay marine preserve.