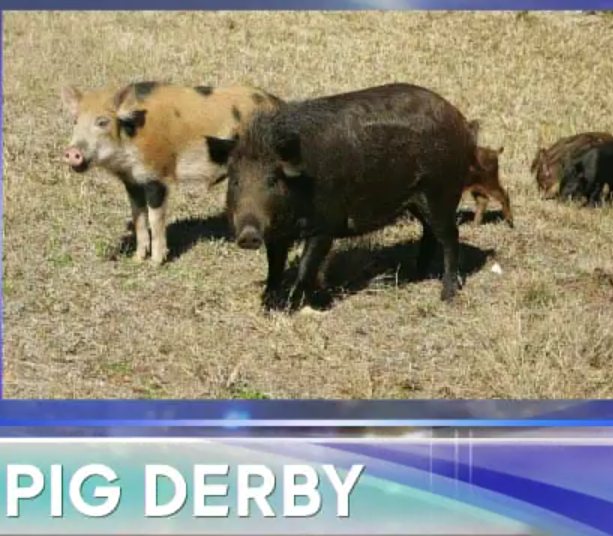 Armed with firearms and bows, hunters from all over the island brought down more than a hundred feral pigs to feed the island community as part of the 2020 Guam Pig Hunting Derby.

Over the weekend, 106 pigs had been turned into a check station in Yigo or Talofofo. Unlike past derbies where the hunter could choose to keep their catch, the pigs were given out at 10 o’clock this morning to families in need. The pigs were stored in refrigerated containers provided by Matson and APL.

Anthony Tornito, a biologist with the Guam Department of Agriculture which sponsored the event, says that at least 30 people lined up to get a whole, unprocessed pig and that some of them had to be directed to the Talofofo station due to the high demand.

“This pig hunting derby is a special one. It was put together to help families in need. As you know, it was difficult to find meat at one time in the grocery stores around the island, so this was a way to get the food directly from the field to the table,” Tornito said.

Those who received a pig had to sign a waiver of liability and were given guidelines on how to properly cook them. Tornito says that the federally funded event not only serves as a chance to promote safe hunting practices, it also helps control the island’s invasive feral pig population.