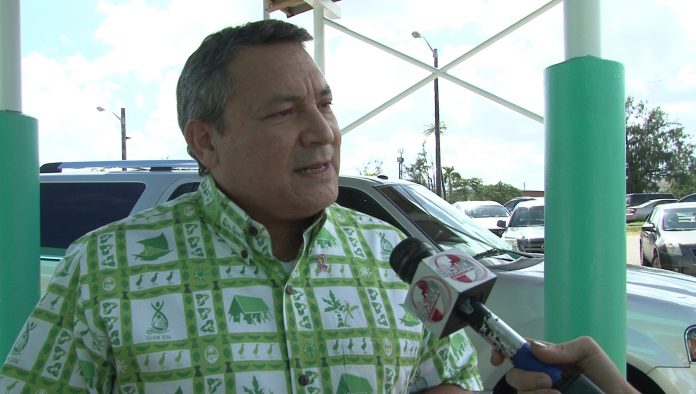 The governor, however, says he’s disgusted by Trump’s comments.

Guam – Governor Eddie Calvo will not be renouncing his support for Republican presidential nominee Donald Trump, in spite of the lewd comments Trump made about women in a leaked recording from 2005.

The comments were released by the Washington Post over the weekend of a conversation Trump had with Today Show host Billy Bush back in 2005.

Trump could be heard talking about hitting on married women and describing what many believe should be classified as sexual assault; that as a celebrity, he can get away with anything, like kissing women and grabbing them by their genitals without waiting.

“The governor cannot stand the comments he made about women. Obviously he has a great deal of respect for women. He has daughters; he loves his wife very much. Donald Trump has apologized for those comments that he’s made and the governor hopes that–the best he can do is hope that that’s true. He is the head of the Republican party on Guam and in many ways has an obligation to support Donald Trump,” explained Torres.

PNC: “There are many republicans in the states that have renounced their support for Trump. The governor has no intention of renouncing his support?”

“No and I think that has a lot to do with what the alternative is and the alternative is that Hillary Clinton [who] has been to Guam twice, once for a refueling and despite all of that we still are where we are with our relationship with the federal government that is in turmoil at many times and has cost the people of Guam quite a bit.

PNC: “Does this mean that the governor accepts Donald Trump’s explanation of ‘locker room talk’ and all of what he said about why he said those things?”

“No. He believes the statements are pretty deplorable.”

PNC: “And he still won’t renounce his support for Trump?”