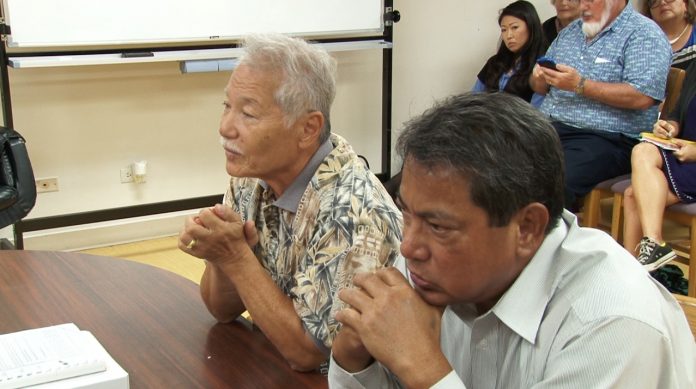 Guam – After multiple meetings and a loud public opposition from residents within Pago bay, the Guam Land Use Commission denied a density variance but approved a height variance for plans to build condos in Pago Bay. With this decision, project developers can now move forward with construction.

Today the GLUC denied a request by condominium developers to build 304 units in Pago Bay. However, GLUC commissioners opted to conditionally approve a height variance, setting the height for the three structures at 58 feet, 168 feet, and 158 feet tall, essentially cutting off the 30 feet from each tower.

Project developers argued that their plans to build 304 units in two separate lots on Pago Bay should be looked at as one single development instead of two separate developments. Commissioners did not buy this argument, and denied the density request.

“As an owner of the lot, the applicant is justified by law, they can build that many units based on the calculation in statute, the height is a different story though,” said GLUC commissioner Tricee Limtiaco.

GLUC Chair John Arroyo asked developers since the commission cut down the developments by 65 rooms; the height of the overall project should be cut down as well.

“One of the things we could consider is that the use [of one of the structures] could be used as a hotel and it could add on to the availability of hotel units,” said project manager John Sherman.

Ultimately, Sherman tells PNC that he will redesign the development based on the GLUC ruling.

Still many concerns remain with the project, even despite the denial of the density variance. Multiple resolutions from both the Yona Municipal Planning Council and the Mayors Council voiced concern about the development as well as hundreds of public comments.

But concern also comes from some Pago Bay residents who are worried about how existing low water pressure in the Pago bay area could get worse with the addition of the hotels.

One of the conditions is regular 6 month checkups from the developer to the GLUC that include a performance bond to ensure there is money available to demolish the towers if the project stalls.

Governor says none of recent deaths were vaccinated; Guam has 139th...