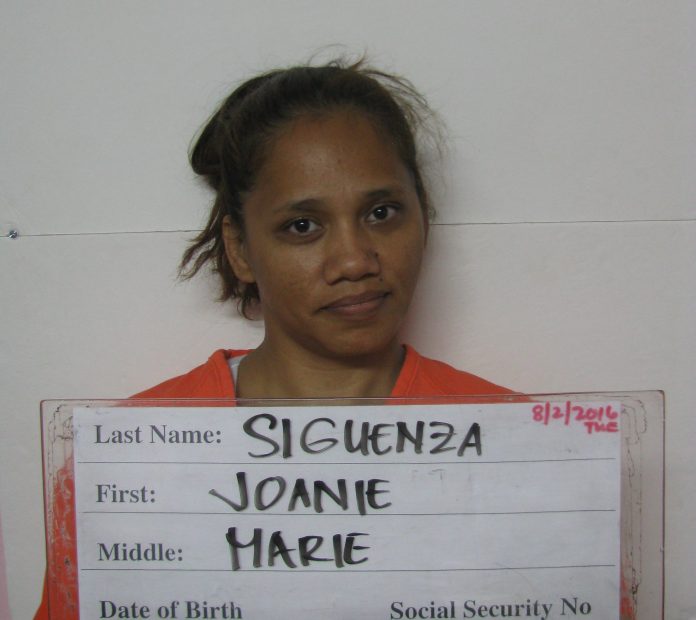 Joanie Marie Siguenza was initially arrested for domestic violence. Police say she kept the drugs under her bunk for three days before anyone noticed.

Guam – A woman who was able to get away with sneaking illegal drugs into prison during her arrest was charged in Superior Court today.

Joanie Marie Siguenza, 39, was charged with promoting prison contraband and possession of schedule 1 and schedule 2 controlled substances with intent to deliver, among other charges.

According to a magistrate report, Siguenza was arrested on July 28 on a domestic violence charge. However, officials say she somehow managed to sneak in a pouch filled with ice, marijuana and drug paraphernalia into prison.

Police say she kept the contraband hidden in her cell for three days before anyone could notice. It was only during a cell transfer that a corrections officer noticed a black pouch under Siguenza’s bunk.

Police say Siguenza initially denied owning the pouch, but after she tested positive for ice in her urine, she allegedly admitted that the drugs and paraphernalia belonged to her and that she snuck it in through her clothing.

Police say that Siguenza confessed that she brought in 11 grams of ice and zip lock bags containing marijuana.