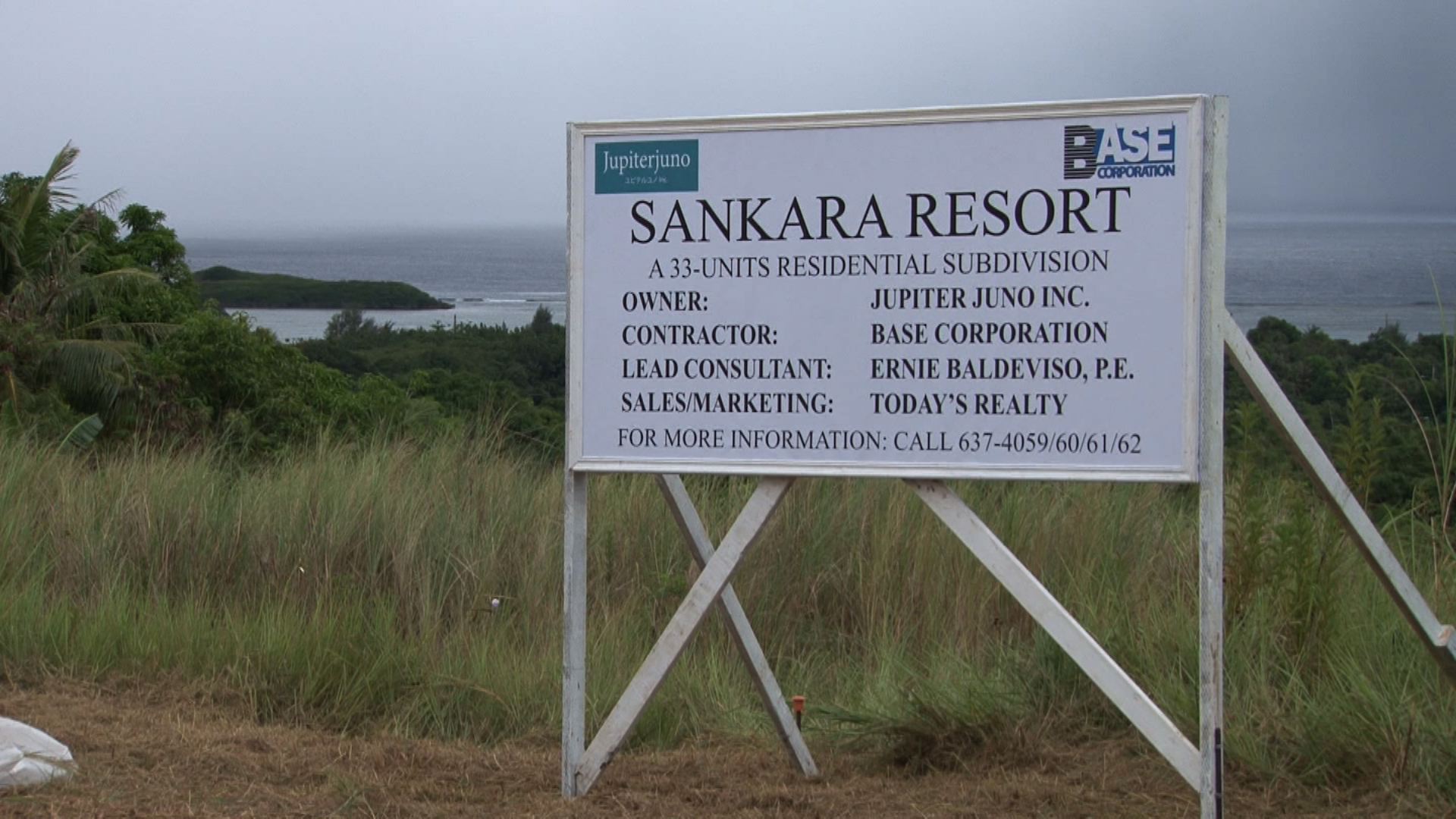 This week a developer called Jupiter Juno inc. announced that they would be holding a ground-breaking ceremony on $7.6 million 33 home project on Umang street in Agat.

Guam – A developer will break ground on a 33 unit residential subdivision in the village of Agat tomorrow (Thurs). However, it turns out the mayor of Agat hadn’t even heard of this development until this week.

This week a developer called Jupiter Juno inc. announced that they would be holding a ground-breaking ceremony on Umang street in Agat. The $7.6 million dollar development called the Sankara Resort will be built on 5.9 acres of undeveloped private land. The resort will add 33 new homes and a park to the southern part of Guam.

Local contractor Base Corporation will be the general contractor for this development. The developer says it is being called a resort because each residential unit will be built to have an “ocean view porch area” as if it were at a resort.  The developer says one of their reasons for doing the project at this time is because of the military buildup.

Agat Mayor Kevin Susuico spoke on the “Mornings With Patti” show on Newstalk K57 today saying he met with the developers after hearing about the project just days before the groundbreaking ceremony.

“Out of that meeting at least we can say it’s not a high-rise building that they are trying to build like the previous one. The previous one they were trying to build about a year or two ago. These are 33 home units single dwelling units that will be built on Umang, it’s on Umang street,” said Susuico adding, “The property is actually situated on a nice piece of property up on the hill of Umang road as you are heading down towards the Agat marina. Of course, my concern is for our existing residents on the bottom again we want to make sure of course any time as we expressed to the contractor any time you start to move that many or that much soil of course we start to worry about erosion we start to worry about flooding. We already experience water issues there.”

According to Jupiter Juno Inc. There is a possibility for further development in the surrounding area.