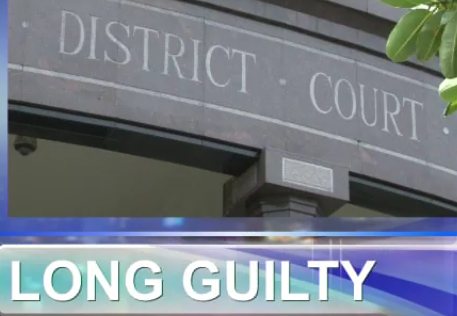 A man who has been held in federal detention for several months because the court refused to accept his guilty plea has accepted a deal with the government. But for now, he remains incarcerated as he has been deemed a danger to the community and a flight risk.

Dexter Long was arrested in 2019 as he arrived at the Guam international airport. He was detained on charges that he was smuggling methamphetamine into the island.

The government says he continued his scheme to obtain meth through the post office after he was placed on pre-trial release.

Today, District Court Magistrate Judge Michael Bordallo accepted his plea of guilty to one charge contained in the plea agreement. The charge is possession of more than 50 grams of methamphetamine with the intent to distribute.

His attorney Shane Black spoke with PNC briefly after the hearing.

Under the plea deal, the attorney said Long gets five years supervised release but if he violates any provision, he could face revocation of the deal and get a maximum sentence.

The plea deal must still be accepted by District Court Chief Judge Frances Tydingco Gatewood before it is formally entered.

But with the guilty plea, attorney Black requested for the pre-sentence release of his client, saying that the circumstances are now different because of his acceptance of guilt.

The motion for release was opposed by the government which stated that they were concerned he is a flight risk and a danger to the community because he continued the illegal activity after his first arrest.

Judge Bordallo has taken the matter under advisement, ordering Long’s continued confinement. He is set to be sentenced on June 9.