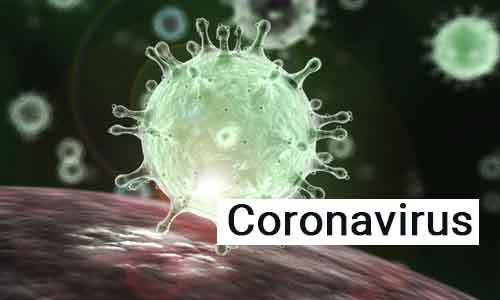 In response to the evolving threat of the novel coronavirus, and to minimize the risk of spreading within the United States, the Department of Homeland Security (DHS) today will begin enforcing restrictions for all passenger flights to the United States carrying individuals who have recently traveled from the People’s Republic of China.

In accordance with the President’s Proclamation and at the direction of Acting Secretary Chad F. Wolf, the restrictions will begin for flights commencing after 5:00 p.m. EST on Sunday, February 2nd. That is 8 a.m. Monday ChST here on Guam.

Airports will direct the arrival of U.S. citizens who have traveled in China within 14 days of their arrival to one of seven designated airports, where the United States Government has enhanced public health resources in order to implement enhanced screening procedures.

The administration is taking these actions to protect the American people.

Additionally, U.S. citizens who have been in Hubei province within 14 days of their return will be subject to up to 14 days of mandatory quarantine to ensure they are provided proper medical care and health screening.

U.S. citizens who have been in other areas of mainland China within 14 days of their return will undergo proactive entry health screening and up to 14 days of self-quarantine with health monitoring to ensure they have not contracted the virus and do not pose a public health risk.

Generally, foreign nationals (other than immediate family of U.S. citizens, permanent residents, and flight crew) who have traveled in China within 14 days of their arrival, will be denied entry into the United States.

“While the overall risk to the American public remains low, funneling all flights with passengers who have recently been in China is the most important and prudent step we can take at this time to decrease the strain on public health officials screening incoming travelers. These steps will also expedite the processing of U.S. citizens returning from China, and ensure resources are focused on the health and safety of the American people,” said DHS Acting Secretary Chad F. Wolf.

“We realize this could provide added stress and prolong travel times for some individuals, however public health and security experts agree these measures are necessary to contain the virus and protect the American people. To minimize disruptions, CBP and air carriers are working to identify qualifying passengers before their scheduled flights. Once back in the U.S., it’s imperative that individuals honor self-quarantine directives to help protect the American public,” he added.

“The American public can be assured that DHS and its component agencies are taking decisive action to analyze the threat, minimize risk, and slow the spread of the virus by working closely with CDC health professionals and interagency partners involved in this whole-of-government effort,” he added.

DHS and the Transportation Security Administration (TSA) have coordinated extensively with air carriers and the Centers for Disease Control and Prevention to designate the seven U.S. airports at which CDC will seek to identify potentially ill persons.

Americans flying to the United States from China will be re-routed to the following airports at no cost to the traveler:

Although the CDC expects more cases of the coronavirus in the U.S., the risk of infection for Americans remains low, and all agencies are working aggressively to monitor this continuously evolving situation and to keep the public educated and informed:

American air travelers should be aware that if they have been to China in the last 14 days, they will be routed through one of seven airports to undergo enhanced health screenings.

Any individual traveling from China who has either been in Hubei Province or other areas of the mainland and is showing symptoms associated with the virus will be screened and subject to mandatory quarantine by medical professionals at a nearby facility.

If a traveler who spent time in China, but outside the Hubei province, is re-routed through one of the seven airports and shows no symptoms following a health screening, they will be re-booked to their destination and asked to “self-quarantine” at their homes.

CBP and air carriers are working together to identify and rebook any passengers that meet these criteria, however other travelers without a nexus to China may also be routed through one of these seven airports if it is discovered mid-flight that someone else on their flight has been in China in the last 14 days.

Travelers showing symptoms should be prepared for the possibility of prolonged delay to avoid spreading the infection.

For the latest information on the outbreak, visit CDC’s Novel Coronavirus 2019 website.