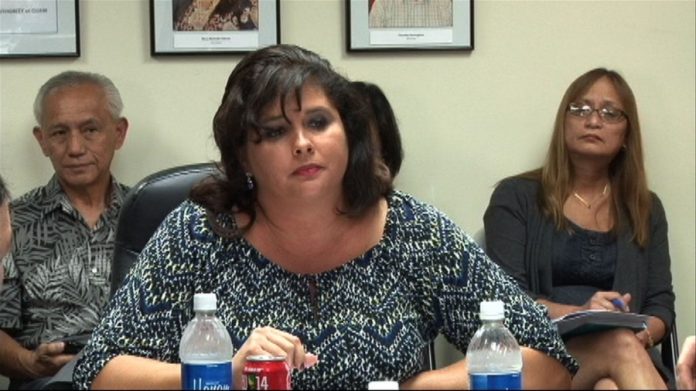 The controversy surrounds former Port Police Officer Lt. Eddie Castro who was fired because of an alleged affair with another Port employee during working hours and using government vehicles.

Guam – Questions have been raised about Port Authority General Manager Joanne Brown’s authority in snapping photos of license plates and running them through a criminal justice database because of a suspected affair. But Port attorney Mike Phillips is defending Brown’s actions, saying she didn’t do it out of mere curiosity, she did it to prove that a fired port employee was a liar.

The controversy surrounds fired Port Police Officer Lt. Eddie Castro. Among the reasons he was fired was because of an alleged affair that he had with another Port authority employee–an affair that was occurring on government time using government resources, according to Port management.

At a Civil Service Commission hearing this week Port General Manager Joanne Brown testified that she had evidence that Castro lied when he told commissioners just a couple weeks earlier that he had ended the affair. Brown says after that particular hearing, she went to the Agana Shopping Center where she spotted two cars that belonged to Castro and the female port employee. So she took photos of the vehicles’ license plates and asked the Port police chief to run the plates through the Criminal Justice Information System.

With that information, Brown says she was able to verify that the two vehicles belonged to Castro and his mistress. While some have raised concerns about Brown’s alleged misuse of authority in accessing the CJIS to verify an affair, Port Authority Legal Counsel Mike Phillips maintains Brown was well within her rights as the Port GM. He also emphasized that Brown has no interest in Castro’s personal life, she merely stumbled upon what appeared to be evidence of a crime.

PNC: “But seeing the two cars there doesn’t necessarily mean or prove that an affair is still going on.”

“No and that’s exactly what her testimony was, that [he’s saying] ‘We’re no longer doing that.’ And you’re right, they might have been gathered there for church services or consolidate loans or bills, and that’s possible, but you know there wasn’t a single question by his attorney of Miss Brown when she made that statement. They never raised an objection that I heard,” explains Phillips.

PNC: “The concern was that this system is … for police use … but [instead] it was used to verify an affair that was going on not on government property and not using official government vehicle.”

Phillips: “Perjury is a crime. And so she’s witnessing that. And as I said, I think the best judge of that is the members of the commission.”

Phillips also notes that it would have been even more of a concern if Brown knew this information but never shared it with the Civil Service Commission.

“Everything she did was in line with her official position as GM. Nothing personal. It wasn’t just curiosity seeking, it was strictly just, she’s the GM, that’s how she came across that information from the beginning,” Phillips says.

Castro’s next hearing is scheduled for next Tuesday at 5:45 pm at the Civil Service Commission in Sinajana.