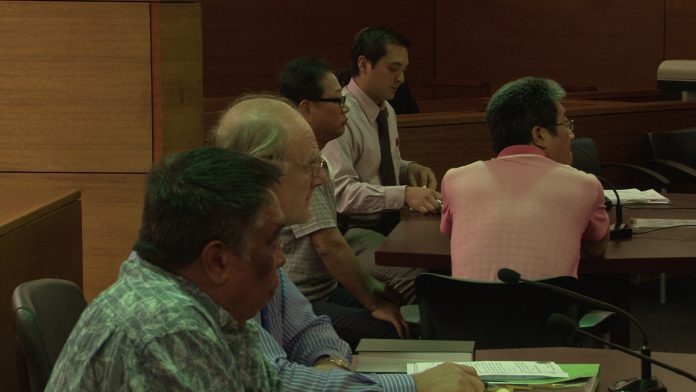 An evidentiary hearing has been scheduled for early next week.

Guam – Arguments were heard again today on the Liberation Carnival casino that one local businessman says is being operated illegally. Jiu Sen Zheng’s attorney, Michael Gatewood says Guam law clearly states that the purpose of creating the Guam Liberation Historical Society was to avoid corruption as had been suggested in previous audits by the Office of Public Accountability.

“[The Mayor’s Council] can’t just appoint someone and say, ‘You go with it and do whatever you want.’ They have to be held responsible for complying with the law,” argued Gatewood. “Just because they appoint someone like the Liberation Society, it doesn’t mean they don’t have to go through the procurement process. There’s nothing in [the law] that says that. In fact it says the opposite. It says it still has to be open–go through the open bidding process.”

But Mayor’s Council legal counsel Assistant Attorney General Monty May says the Guam Liberation Historical Society is a non-profit organization, therefore they are not subject to such strict government procurement laws. Superior Court Judge Arthur Barcinas, however, grilled Attorney May on the Mayor’s Council’s duties in appointing the historical society to organize the Liberation Carnival, asking to what extent the Mayor’s Council has as far as authority over the GLHS.

The Society initiated the bidding process, but canceled it abruptly without warning or a thorough explanation.

Judge Barcinas questioned whether the GHLS is subject to procurement laws since they were appointed by a government entity–namely the Mayor’s Council.

Judge Barcinas also wanted to know whether the Mayor’s Council followed other requirements of the law, like whether or not other entities within the society were consulted.

The parties are due back in court early next week for an evidentiary hearing at which point the Mayor’s Council will present factual evidence to answer the judge’s questions.

A time and date have not yet been announced.