The charges stem from an August 12, 2007 incident, when Diego gave a ride to a 20-year old Japanese woman on a private bus.  Instead of taking her to her hotel, Diego drove to a deserted parking lot and repeatedly raped her.

The head of the Family Assault and Sex Crimes Unit and First Assistant Prosecuting Attorney General Basil O’Mallan and investigator Maria Apuron prosecuted the case before an eight-man, four-woman jury.

A release from the AG’s office quotes O’Mallan as saying “We are fortunate that the victim in this case was willing to come back to Guam to testify against her attacker. Our visitors are especially vulnerable because the people who would do this type of crime seem to know that they can get away with it because the victim is usually not available to testify.”

O’Mallan also credited “solid police work” that resulted in Diego being apprehended for the crime.  At the time of her assault the victim did not know who had attacked her, other than the fact he drove a big bus.  Police, lead by Supervisory Special Agent Alfred Duenas from the Criminal Investigation Section, were able to narrow down the list of suspects to just one – Diego.

“I want to thank GPD for their hard work in investigating and apprehending Diego,” O’Mallan said.  “Many people did their jobs and as a result we were able to get a conviction.”

Diego faces a lifetime prison sentence, with a mandatory minimum of 15 years incarceration, as a result of these convictions.  Sentencing is scheduled before the Honorable Vern Perez at 3p.m. on November 18. 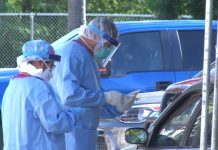