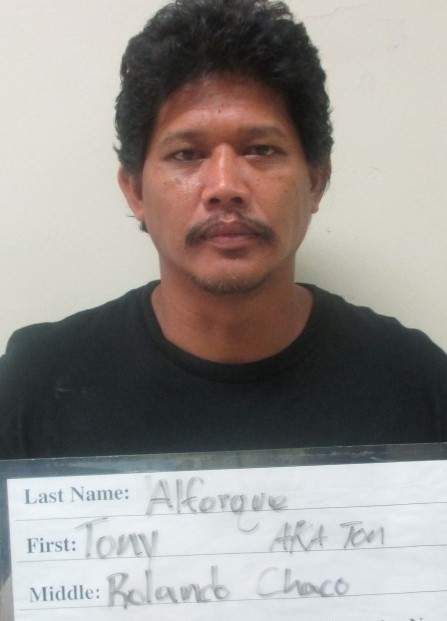 A pair of dirty shorts is the government’s smoking gun in a case against alleged robber, Tony Rolando Alforque.

Guam – A magistrate report says an investigation was launched after an Agat store was held up by a knife-wielding, masked male suspect who fled with about $700 from the register.

A few days later, the store owner called police after reviewing other surveillance footage, saying he remembered a frequent customer who matched the robber’s build and wears similar shorts described in court documents as “dirty white cargo shorts, with a hole near the right, rear buttock.”

An investigating officer immediately recognized the man as Tony Rolando Alforque. A search warrant was executed, and the report says officers found a knife matching the one used in the robbery, and the soiled shorts with the tell-tale hole. Alforque turned himself in to police but denied being involved in the robbery. He did, however, say he was at the store several hours before the incident, wearing the shorts key to this case.

He has been charged with robbery and theft, both as felonies.