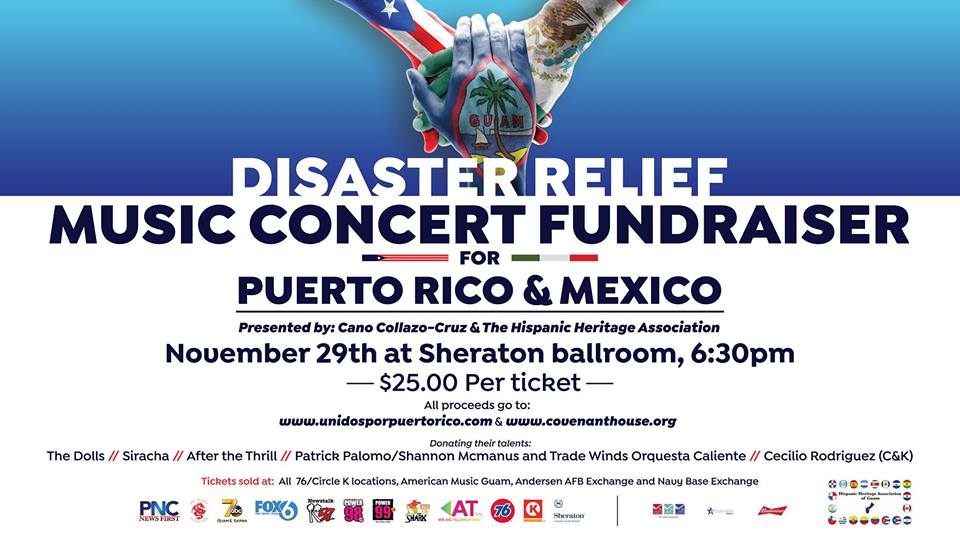 Guam – Cano Collazo Cruz and the Hispanic Heritage Foundation have organized a concert that will be held at the Sheraton this Wednesday at 6:30pm. The Dolls, Siracha, After the Thrill, Patrick Palomo and Shanon McManus, the Trade Winds Orquesta, Caliente, and Ceclio Rodriguez of C&K will all be performing. Cruz says he decided to put this benefit concert together after speaking with family in Puerto Rico about the level of devastation caused by the category four hurricane Maria on Sept 20th.

“It just took every village in its way and really devastated the island completely 100 percent. Even up to today since September 20th 60 percent of the island is still without power,” said Cruz.

Tickets are on sale for $25 dollars at all 76 Circle K locations, American Music Guam and the Andersen Air Force Base exchange. All proceeds are going to Unidos Por Puerto Rico and the covenant house in Mexico City.