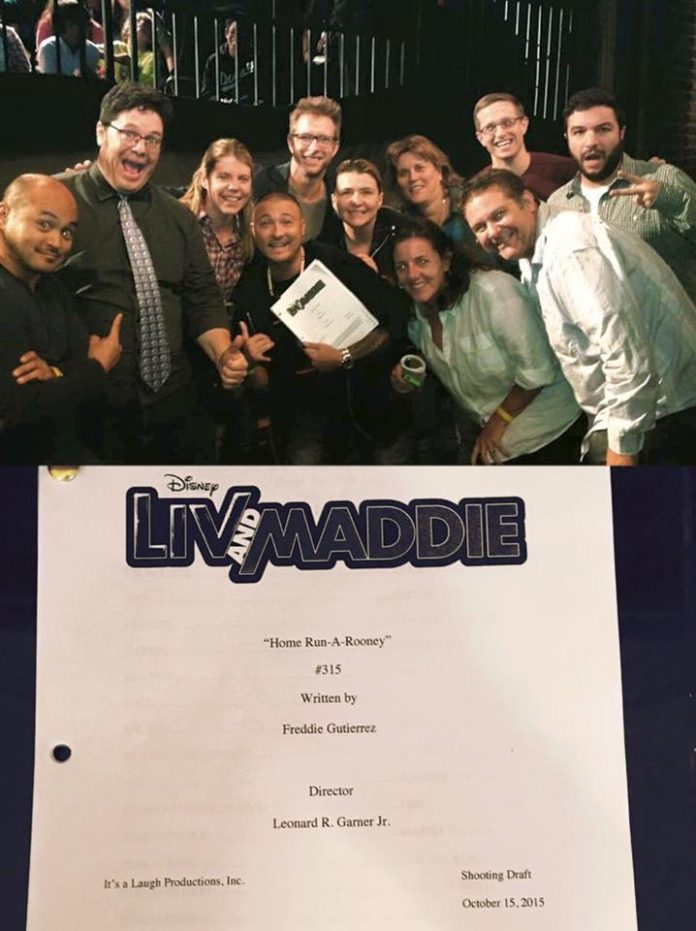 Guess who wrote an episode for the Disney show called Liv and Maddie? That’s right. Someone from Guam.

Guam – That man is Freddie Gutierrez from Agana Heights, who grew up on island and moved to California where he became a screen and television writer. His career started in 1999 when he sold his first script to MGM studios.

Since then, Gutierrez build up his resume which included being one of the writers involved in a punch up round table for Scary Movie 4 and getting hired to do a production rewrite on Soul Plane.

The latest of his work, of course, is his freelance episode called “Home Run- A Rooney” for Liv and Maddie, which is an American teen sitcom on the Disney Channel. The series stars Dove Cameron in a dual role as identical twins with entirely different personalities. Gutierrez says he hopes to turn in more scripts for the show in future.

Meanwhile, he’s enjoying life in California and he hopes to return to Guam soon for a visit.