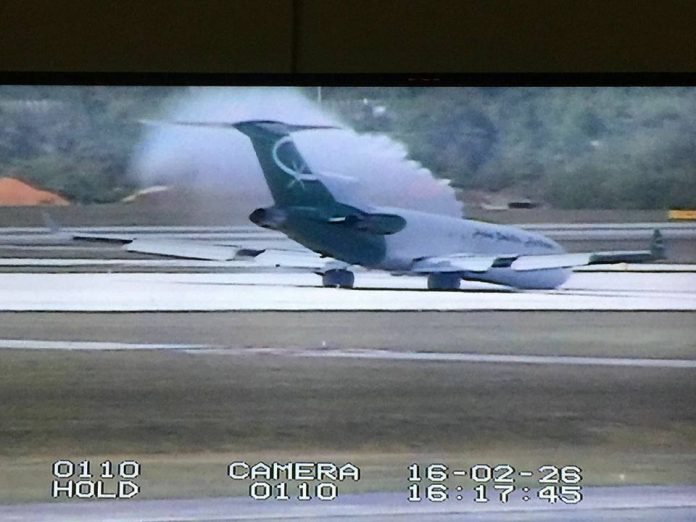 The cargo plane was able to successfully land at 4:15 pm.

Guam – The Guam International Airport Authority closed off a section of its runway after they received an alert of a distressed aircraft trying to land on Guam.

GIAA received the call from Asia Pacific Airlines at 2:55 pm, reporting that their landing gear was not engaging.

GIAA Spokesperson Rolenda Faasuamalie says after burning some fuel and circling the area to bring their weight down, they were able to successfully land.

Faasuamalie says the airplane touched down at 4:15 pm. The nose, she says, made contact with the runway, but there was no indication of any smoke or fire.

GIAA’s Aircraft Rescue Firefighting Fire Engine 2 did respond with a spray down.