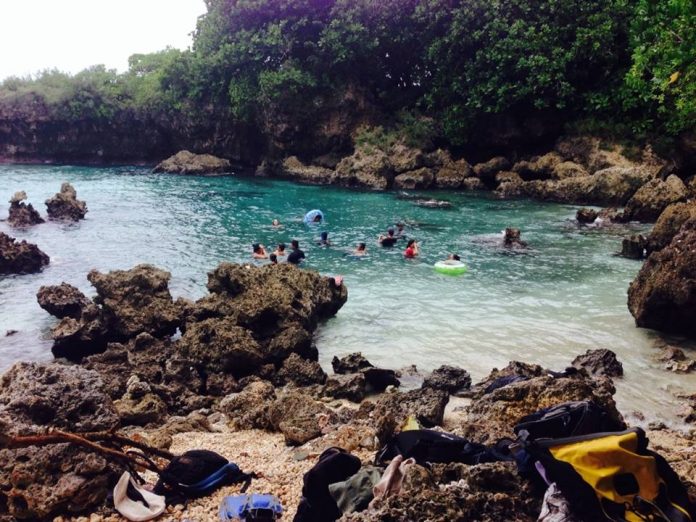 Two distressed swimmers were rescued from Ague Cove on Saturday one passed away Sunday at the Naval Hospital.

Guam – On Saturday the Guam Fire Department responded to a report of distressed swimmers at the Ague Cove on NCS.

According to GMH Spokeswoman June Perez swimmer one of the swimmers was an 18 year old male who was brought to GMH on Saturday afternoon and then discharged later in the evening. According to Navy Public Affairs Officer Lt. Tim Gorman the other distressed swimmer from the Ague cove was also an 18 year old male who was brought to the Naval hospital. He was listed in critical condition on Saturday and on Sunday he passed away at the Naval Hospital. Neither of the swimmers names have been released.