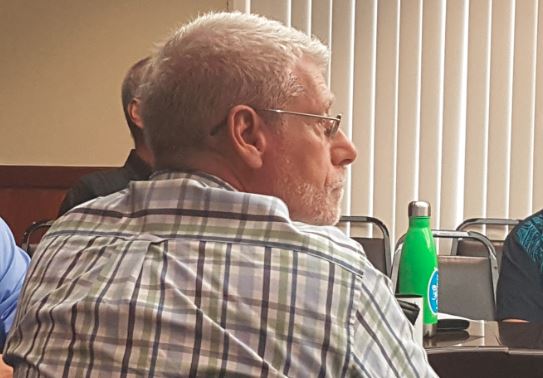 Guam – Still in their first week in office, this afternoon will mark the governor and lieutenant governor’s second high-profile visit to an agency headed by members of their highly touted Fiscal Discipline Team.

At 2:00 p.m., Gov. Lou Leon Guerrero and Lt. Gov. Josh Tenorio are set to visit with Acting Director of the Dept. of Administration Edward Birn, Deputy Edith Pangelinan, division supervisors, and employees at DOA headquarters inside the ITC Building in Tamuning.

“This visit highlights the administration’s commitment to reviewing the department’s mission of providing administrative, fiscal, and technical support to government of Guam agencies as well as to better understand the challenges and opportunities facing the department,” a news release from the Leon Guerrero-Tenorio Administration reads.

For more than two hours on Tuesday, Leon Guerrero and Tenorio visited Dept. of Revenue and Taxation Acting Director Dafne Shimizu, Acting Deputy Michele Santos, and the staffs of DRT’s various divisions for an assessment of personnel, equipment, and technology needs as well as ideas to improve operations. Leon Guerrero and Tenorio came away confident that the department is in good hands under the management of their appointees and a DRT that appeared ready, willing, and able to dig in and do the work necessary to improve collections.

Boots on the ground, the new governor and lieutenant governor’s most pressing mission couldn’t be any clearer: fixing the Government of Guam’s broken finances. It’s all under the list of imperatives they spelled out months ago on page six, priority one, of their gubernatorial campaign platform.

Under a simple heading of Finances is a list of five key compulsories: (1) Financial Reform – a promise to conduct a full assessment of public assets, liabilities, revenues and operational expenses; (2) The Debt – a commitment to reschedule GovGuam’s long-term obligations and liabilities while working to pay off the debt; (3) Tax Refunds and Enforcement – an exigency to timely collect due and payable taxes in order to sustain government and pay refunds when they’re due; (4) Tax Recovery Unit – a laser focus on collections headed by an assistant attorney general to serve as an in-house Tax Legal Counsel who helps oversee a team of auditors and investigators cracking down on tax cheats; (5) Federal Grants – a teaming approach with the University of Guam and other partners to secure and manage US government underwriting for the island government.

DOA Director Birn may be a holdover from the Calvo Tenorio Administration, but, owing in part to his education, capabilities, and extensive experiences as a controller and accountant, he’s been reappointed Director by Leon Guerrero.

According to a Dec. 31, 2018 Fiscal Discipline Team announcement issued by the Office of the Governor and Lt. Governor-Elect before Lou and Josh were sworn into office on Monday night, Birn “was appointed to DOA in February 2018 and will continue in this capacity. His short career in public service began in 2016 as the assistant chief financial officer at the Guam Memorial Hospital Authority.

“Mr. Birn graduated from the University of Bristol in the UK with an Honors degree in Latin and Greek. He trained as a Chartered Accountant with Deloitte in London, earning the Associate qualification in 1976 and the Fellowship qualification in 1982.

“After leaving Deloitte he was appointed Financial Controller of VSEL, an armament manufacturer which built nuclear submarines for the British fleet. He consecutively served as Executive Assistant to the Chairman of British Shipbuilders, a component unit of the British government. He was responsible for application of the government pricing formula and was on the team that privatized the shipyards in 1984.

“In 1986 he moved to the United States as Finance Director of several subsidiaries of Hawker Siddeley, a large UK public company. He then qualified as a Certified Public Accountant and worked in public accounting as CFO of a construction company with significant real estate investments in the US and Mexico and as CFO of a food manufacturer in Los Angeles.”

Acting Deputy Director of the Dept. of Administration Edith Pangelinan, too, has enjoyed a fruitful, seasoned career, and the New Year’s Eve Fiscal Discipline Team announcement made that clear.

“Ms. Pangelinan…brings 40 years of combined public service, beginning in 1971 at the Guam Environmental Protection Agency for 5 years before moving to the Bureau of Budget & Management Research, where she served for 8 years.

“Ms. Pangelinan then moved to the A.B. Won Pat International Airport Authority where she worked for 20 years, serving in various positions including Administrative Services Officer, Superintendent, and eventually retiring in 2007 as the Airport Authority’s Deputy Executive Manager.

“During her tenure at the Airport Authority, Ms. Pangelinan received awards for Manager of the Year and the Inspiration & Encouragement Award under the Governor’s Recognition Program. Most recently, she was Chairwoman of the Civil Service Commission, where she served as a Board Member for over seven years. Ms. Pangelinan is also a member of the Dededo Municipal Planning Council.”

According to the December release, prior to joining the Leon Guerrero-Tenorio Administration, Pangelinan served as “Administrator for a private Architectural & Engineering Firm where she has worked for the past 11 years.”