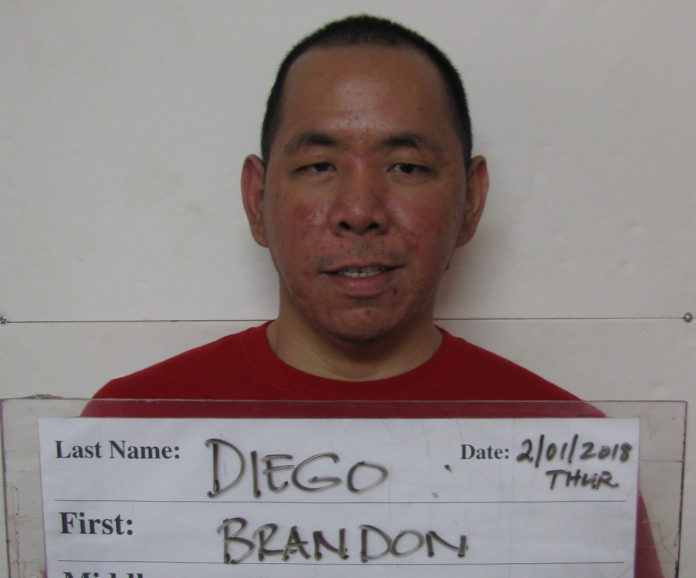 Guam – An inmate may now have his sentence extended after he allegedly threw his feces at a corrections officer.

Brandon Diego not only used his feces and urine as a weapon—he was also combative, according to Department of Corrections Deputy Director Kate Baltazar.

The incident occurred at 4 a.m. Thursday as a corrections officer was conducting a check down range in the Post 6 housing unit. Baltazar says that is when the inmate threw urine and feces from his cell onto the corrections officer.

As a result, Diego was charged with assault. He was booked and re-confined.