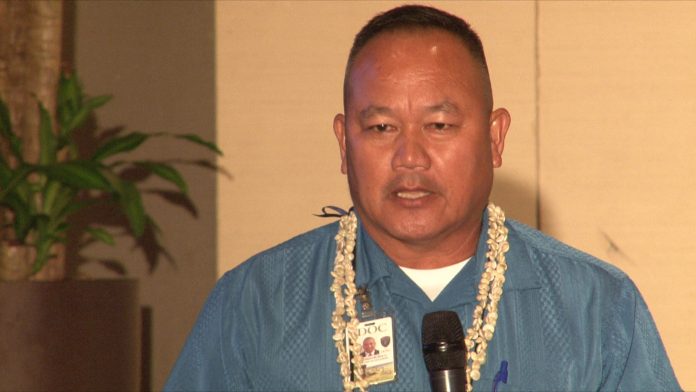 Department of Corrections Director Jose San Agustin’s last day at DOC will be on June 10.

Guam – Joe San Agustin, Director of the Department of Corrections will step down from his post to pursue a bid for senator.

San Agustin held the directors chair at doc for five years. He will be stepping down to focus full time on his race for senator. Lt. Governor Ray Tenorio says San Agustin was instrumental in helping doc make progress from a 25 year old federal court order. Additionally, San Agustin played a “key role” in working with the Guam Contractors Association and the department of labor to develop a program that uses doc inmates to teach job skills to other inmates. Governor Eddie Calvo said, “Joe has been a loyal member of my cabinet since Ray and I first took office in 2011.  While his service and ‘can do’ attitude will be missed at doc, we respect his decision and look forward to working with him at the Guam legislature next year.” San Agustin’s last day is June 10. According to Adelup, the governor is expected to announce his appointee to the doc directorship later this week.