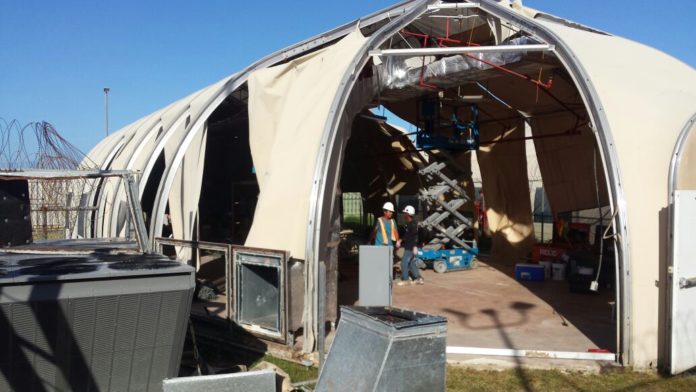 Guam -The domes at the Department of Corrections were originally built by FEMA in the early 2000s to provide housing for the influx of immigration detainees at the time, according to Deputy Director Kate Baltazar.

Baltazar shares the four dome housing units are undergoing the replacement of the roofing skins. The renovations were made possible through a $500,000 grant, which was awarded last year by the US Department of the Interior.

The renovations is expected to be complete in March.