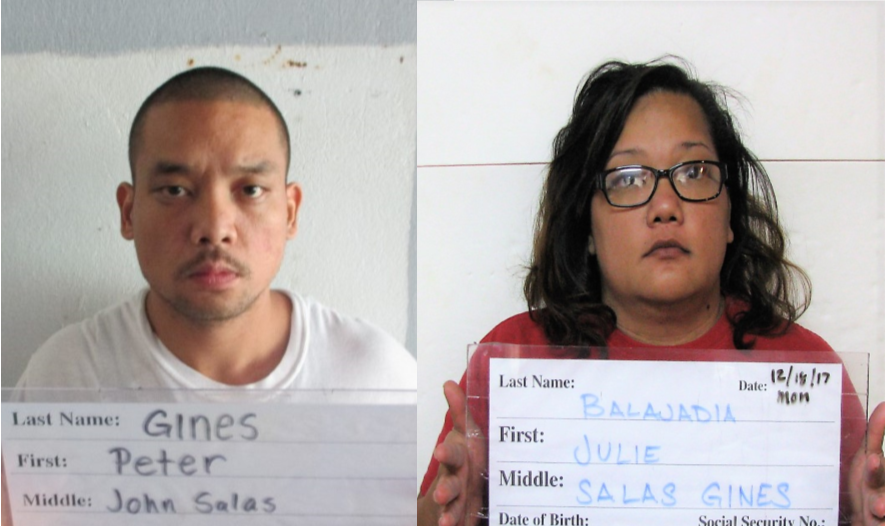 Some individuals will do anything for family but for one woman, what she did for her brother has landed her in jail.
Guam – Julie Salas Gines Balajadia is the sister of DOC Inmate Peter John Gines. According to Acting GPD Spokesperson Paul Tapao, Balajadia was wanted for questiong by the Mandana Drug Task Force in reference to an ongoing investigation into the illegal promotion of prison contraband at the Mangilao prison facility involving former DOC officer Shane Cruz.

But it wasn’t until Balajadia had visited her brother Peter in jail that they were able to meet with her. During that meeting GPD officers discovered 1.5 grams of methamphetamine and marijuana in her possession. Balajadia was taken into custody and interviewed.

According to Tapao she stated that she received a call from her brother who gave her instructions to meet to pick up drugs for future attempts of smuggling contraband into DOC.

Her brother, Peter Gines, was also arrested for conspiracy and promoting major prison contraband. He was booked and re-confined.