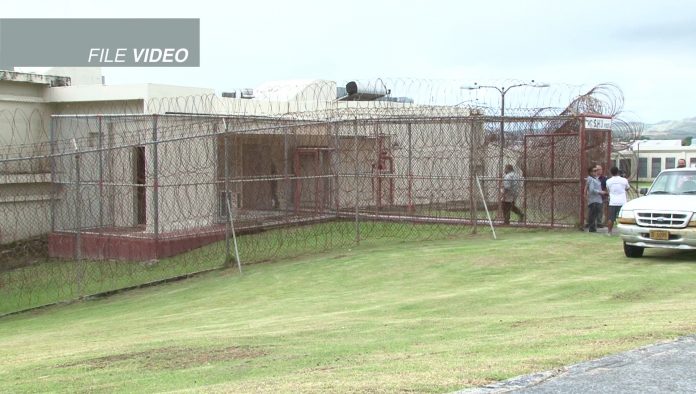 Prisoners at the SHU are not allowed to spend time outside of their cells together.

Guam – Investigators are trying to figure out why inmate Justin Meno was outside his cell when corrections officers found him bloodied from an apparent attack Wednesday morning.

Meno was being housed at the Special Housing Unit at the Department of Corrections Mangilao compound, a unit that’s typically reserved for prisoners who are being disciplined. All prisoners locked up at the SHU spend 23 hours in their cells and one hour outside. But the inmates cannot be outside at the same time and take turns spending their hour in the SHU yard.

Limo says when Meno was found by a corrections officers just before noon yesterday, he was in the east wing yard area, outside his cell.

“That’s what we’re gonna be looking at. Again he was at the special housing unit, everyone’s connection is it’s a one in-one out scenario unit and so that kind of clearly doesn’t make any sense to the director of corrections as well as the deputy. So internal affairs is looking into that matter,” said Limo.

No suspects have been identified but Limo says at this point, they’re not ruling out the possibility of employee involvement.

“We’re looking at all angles. Again, as the supervisor and lead of this investigation, we’re taking account of the matrix of the events that happened up at the special housing unit,” he said.

Limo says Meno is a repeat offender who was recently sent to the SHU for disciplinary reasons. Meno suffered from severe head injuries but was alert and coherent when he was found. According to Limo, Meno underwent surgery of the skull yesterday and is in now in recovery at the Guam Memorial Hospital’s ICU.

“Right now Mr. Meno is out of surgery. He’s in recovery stage. What has been reported this afternoon, it takes a 24 hour period before they can see any activity. Right now he’s still in critical condition he’s still being watched at Guam Memorial Hospital with correctional staff,” noted Limo.

A lockdown was lifted this morning but Limo says prisoners are only allowed limited movement within the confines of the prison compound.