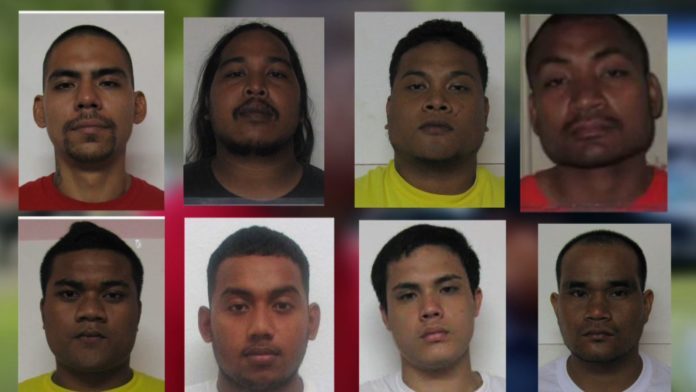 Guam – It looks like the seven Department of Corrections detainees implicated in the brutal beating and murder of fellow detainee Manson Ernest are off the hook, at least for now.

Superior Court Judge Anita Sukola ruled this afternoon in favor of a motion to dismiss filed by Marvin Rechim, the man who allegedly orchestrated the attack on Manson Ernest.

The decision comes after a Supreme Court ruling in the Max Ahn case, in which the high court ruled that delaying proceedings and violating the right to a speedy trial is not justified by the government’s request for additional time to conduct further investigation.

In the Ernest murder case, all the defendants asserted their rights to a speedy trial, which requires the court to begin trial within 45 days from the day of assertion. However, because the government still awaits potentially exculpatory DNA evidence from the FBI, the trial has already been delayed twice.

Because of the recent Supreme Court ruling, the charges against Rechim, A-last Simiron, Benster Benjamin, Jimmy Hadley, Vimson Menisio, Isler Miller and Andrew Rios Jr. have been dismissed without prejudice. This means the prosecution can re-file the charges at a later time.

The men were accused of beating Ernest over the course of a day, in an apparent act of vigilante justice. While locked up, Ernest was facing allegations of raping a woman with disabilities. His lifeless body was discovered the following morning.