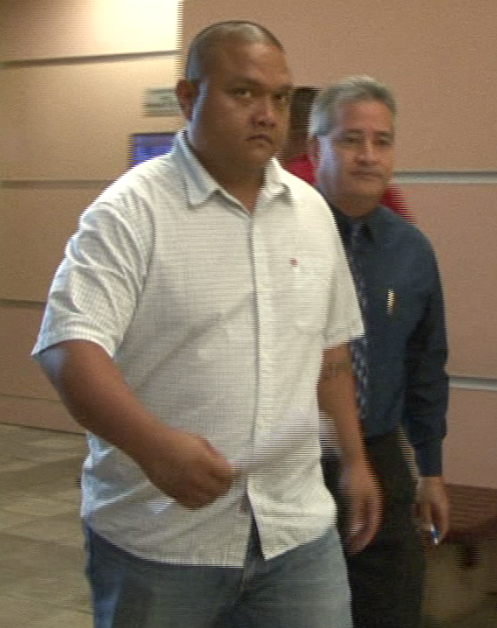 The indictment stems from a grand drug scheme, allegedly involving over a dozen individuals—some of whom were public servants and DOC officers.

In total, there are fourteen individuals named in the indictment of over 50 charges spanning from bribery to possession of a controlled schedule two substance.

The contraband in this case was later revealed to be methamphetamine. In court today, Maritita pleaded guilty to both charges, one for possession of a schedule two substance and the other for receiving bribes on separate occasions.

The indictment stems from a grand DOC contraband conspiracy involving over a dozen individuals, some of whom where public servants and DOC officers.

The defendants named in this case include: Lt. Jeff Limo who serves as the head of internal affairs and DOC officers Frankie Rosalin, Jerome San Nicolas, Gerry Hocog, and Fermin Maritita.  All are no longer employed by the department.

A tentative sentencing hearing is scheduled for February 12 of next year at 9am before Judge Anita Sukola.