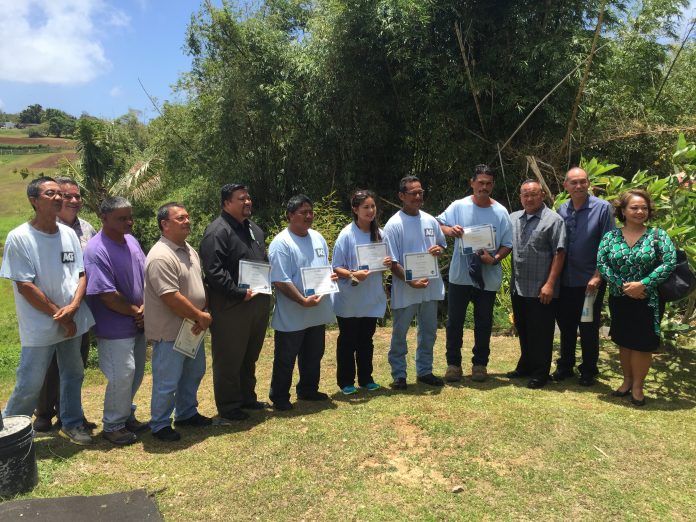 Guam – For the first time in prison history, the Department of Corrections will be offering trades courses within prison using inmates as the instructors.

The Department of Corrections has taken the first step to institute a pilot program that will train inmates and detainees on courses that are also taught by the GCA Trades Academy.

“What we have here is a history in the making. One of this program, one of its kind ever at DOC,” says Director Jose San Agustin.

GCA Trades Academy Education Director Bert Johnson says after several years of talking about initiating this program, they finally got it to work. Johnson says they had a choice to either provide the training outside the confines of prison or to provide it inside prison, but using prisoners as the instructors. In an effort to address security and funding concerns, DOC chose the latter.

“What we wanted to do was develop a training program within the Department of Corrections that could give nationally recognized credentials to the individuals so that when they exit the compound and are released, then they have some marketable skills that they can get themselves employed so that they don’t come back here,” says Johnson.

The inmates are now certified through the National Center for Construction Education and Research. So who are they? Today, six received their instructor certificates—five of them are convicted murderers and one of them is a DOC employee.

Some of the inmates spoke about the program.

“I’ve been here for a long time and I’ve been in a lot of programs and there’s been a lot of focus on our mistakes, on our criminal history and this is the very first time that I’ve ever felt any focus on my potential rather than my past,” says Marianne Palomo.

“This position that we are entrusted with is one of very great importance to all the people because it involves their lives and I’m gonna do my best to share what knowledge I have,” says Vincent Palomo.

DOC hopes to begin offering the courses to inmates and detainees in June.