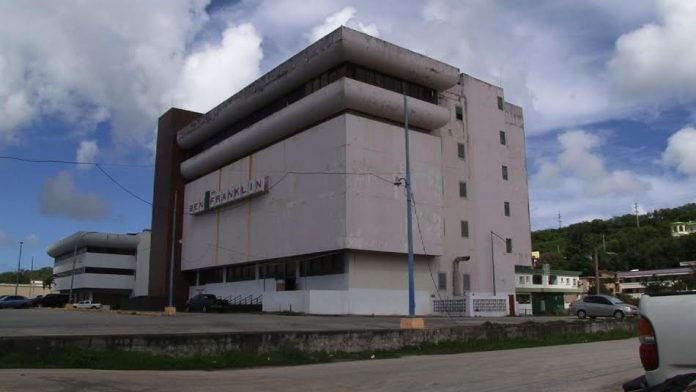 Docomo Pacific anticipates moving into the new location by fall of 2017.

Docomo Pacific and Marciano V. Pangelinan enterprise are teaming up to relocate Guam’s largest telecommunications company from Century Plaza to the former Ben Franklin building in Tamuning. According to Docomo Pacific Spokesperson Marissa Borja, the move stems from a need to meet the growing demands of their facility and the expansion of their Docomo Pacific family while being in a better position to continue broadening their fiber network. Docomo’s move will include all departments and functions in the present Century Plaza building, such as their executive offices, human resources, marketing, call center, finance, IT plus retail which will undergo an all-new look.

In a release, Docomo Pacific President and CEO Jonathan Kriegel says the move will create synergy among their associates and convenience for their customers. Pangelinan explains that while other businesses have expressed interest in the building, he’s happy that Docomo Pacific will be the official tenant. M.V. Pangilinan Enterprises now has 12 months to complete the renovations. According to Borja, the building will feature an open floor plan to improve work flow and solar panels for an eco-friendly workspace plus a café on the first floor.

Docomo Pacific anticipates moving into the new location by fall of 2017.