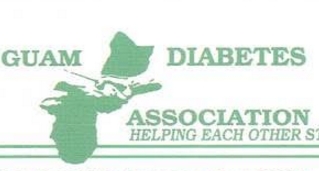 Doctors talk about childhood obesity and how it’s a concern in the community at the 16th Annual Guam Diabetes Conference. PNC’s Roselle Romanes has more in this report.

Guam – Childhood Obesity: Is it really a diabetes concern?

According to doctors who spoke at the 16th Annual Guam Diabetes Conference over the weekend, it is a concern that the community must keep an eye on.
GBA President Scott Duenas says, “So we’re trying to get the younger generation to kinda make sure that they’re aware that obesity is actually directly related to diabetes and other disease.”
Dr. Ronald J. Innerfield says, “We have to attack at different points.”
Guest speakers at the conference emphasize that it’s not the children’s fault they’re obese.
Dr. Claire Townsend says. “I think that’s very hard for kids and it’s hard for adults as well, but it’s especially hard for children to not think about where they want to be next week and playing video games and what they wanna do now they don’t wanna go outside because they’d rather just hang out with their friends inside what they wanna eat, but really try to think and look at the adults around them and who do they want to be like in 5 years in 10 years, 15 years do they want to be able to still be running around do they want to be able to enjoy the outside and to be able to hike and swim.”
Dr. Claire Townsend explains that children are also influenced by those around them. She explains, “You go to a party and you have one small plate that is not okay, especially if you’re a big guy, that is not okay auntie will wanna know how come you only had that one small plate  so how do we help people deal with that. You don’t want to offend auntie. You don’t want to tell her that her food wasn’t good enough so coming up with strategies maybe rather than saying okay, auntie I’ll just get another plate. She just wants to feel helpful. Maybe if you say, oh, auntie I’m full, I’d love a glass of water 851
Dr. Ronald Innerfield says in order to see less obesity in children, it will take a community effort. “I think it’s becoming more and more apparent that stress is a major factor. We really have under-emphasized the role of the emotions and our kids are very stressed and we’re stressing them. This is not something that we can just tell kids, we have to tell families, we have to tell communities, this is something we’re all in together.”
He gives this advice to children. Innerfield says, “We’re not longer in control of our own lives so if I had to tell the kids one thing, it would be have fun, enjoy your lives, you’re just a kid once try to make your childhood Just as enjoyable a time as possible and if there’s problems at home, try to seek some support some folks out in the community.”