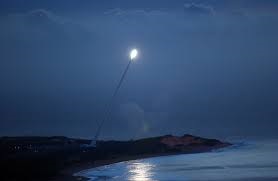 Under Secretary of Defense for Policy John Rood told the House Armed Services Committee Tuesday that the Defense Department is reviewing a plan to beef up Guam’s missile defense capability.

According to an Inside Defense report the proposal calls for replacing the THAAD missile battery currently deployed here with the land based version of the Aegis ballistic missile defense system.

The Terminal High Altitude Area Defense system known as THAAD was deployed to Guam in 2014 following threats from North Korea.

The Aegis Ashore system is the land based version of the Navy’s ship born missile defense system designed to intercept ballistic missiles “post-boost phase and prior to reentry.” 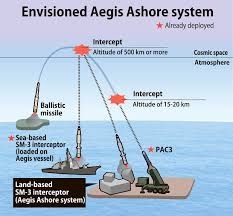 If THAAD is replaced by the Aegis Ashore system it would be the first such land based Pacific deployment of Aegis.

Rood told the House Committee the Defense Department is reviewing the replacement plan that has been advanced by the U.S. Indo-Pacific Command in order to protect  the western-most U.S. territory against North Korean threats.

No timeline for the proposed deployment was announced and no final decision has been reached.