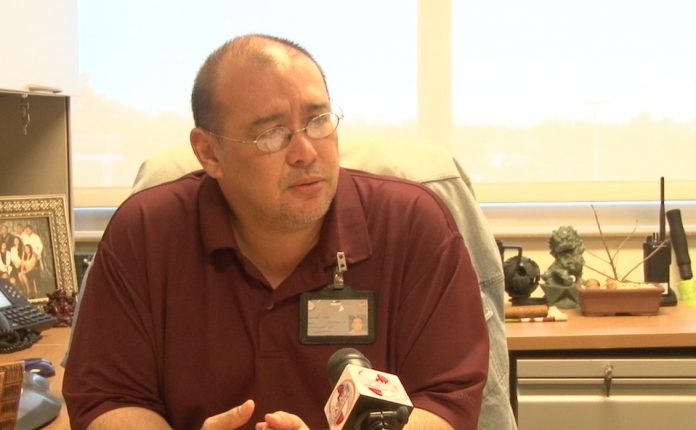 Guam –  Power at the Department of Educations Central offices was cut off earlier this morning because they were unable to pay their power bill.

The power is back on at DOE’s central offices in Tiyan as the Guam Power Authority received a check for $1.7 million to have service restored. According to Guam Power Authority spokesman Art Perez the Department of Education’s central office was disconnected from the grid early Monday due to delinquent payments that amounted to $2.6 million. DOE Superintendent Jon Fernandez tells PNC that it has been a struggle to get payments from the Department of Administration, the agency responsible for providing DOE with funds.

Fernandez says that DOE has been working with DOA staff since last week, but the payment was a day too late. While DOE’s bill was paid, this issue stems back to June when DOE asked for the release of about $6.6 million in reserves and the full allotment of $9.9-million. Last week Fernandez sent a letter to Jose Calvo, Director of Bureau of Budget and Management Research asking again for the full release of DOE’s appropriated reserves.

“This morning, DOE central, located in Tiyan Barrigada, was disconnected for delinquent payment on their account. Current billing amounted to about $2.6 million, we are expecting a check for 1.7 million upon which receipt we’ll reactivate the account,” said Perez

Perez says that with the $1.7 Million payment, DOE’s bill is now current.