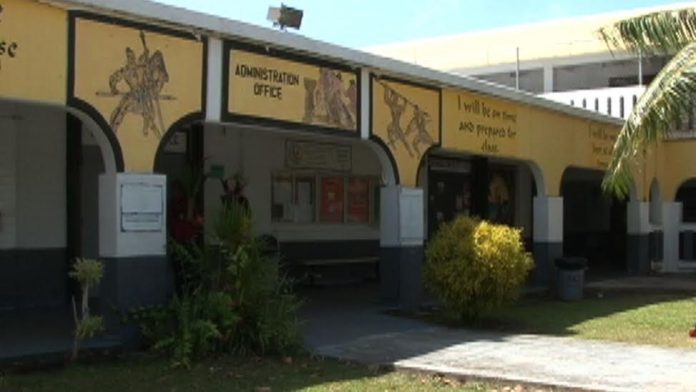 PNC learned today that Inarajan Middle School was forced to borrow staff from other schools because an unusually high amount of teachers called out last week.

Inarajan Middle School is the smallest middle school on island with a student body of about 600 and around 50 teachers employed.
What happens when more than one-fourth of the teachers are out sick in one day?
Well, IMS found out when 17 teachers couldn’t work on Friday.
Department of Education Acting Superintendent Rob Malay says, “According to the school administrator, there were 10 that called in sick on Friday and there were 7 who were in pre-arranged absences for a variety of reasons. Some were on off-island arrangements to tend to medical needs for themselves or a family member.”
Malay says that this was an extraordinary situation. To cover for the shortage of teachers at the school for that day, teacher assistants from neighboring schools were asked to fill in.
He says, “We don’t typically have that high of an absentee rate on any given day at any given school. With this unique circumstance, we felt that it was necessary to make sure we provided additional resources so that the school could continue operation and the kids could get their education.”
Malay assures PNC that none of the other schools were affected. He says out of the 17 teachers that called in sick Friday, all but three were in attendance for Professional Development Day yesterday.
He says,”Well if it was a habitual situation then that would be a cause for concern but it hasn’t been a habitual situation that is risen to the level of the Office of Superintendent. It was just a very unique situation where either a child was sick or an employee was sick and it all happened at the same time on the same day.”
Malay says the IMS administrator was very proactive in reaching out for support and getting her school to continue operations on Friday.