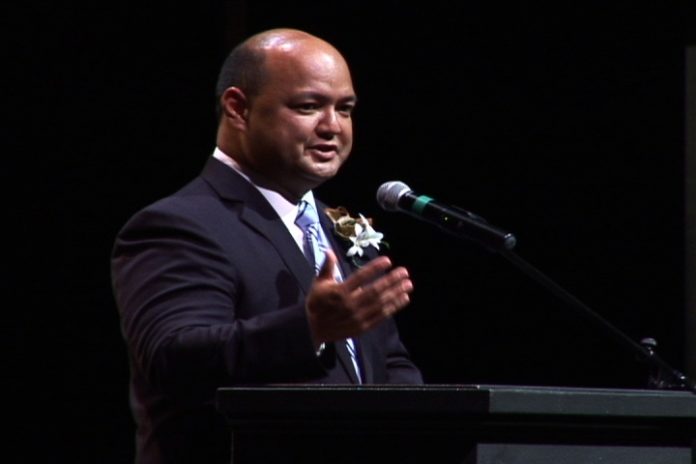 Guam Department of Education Superintendent Jon Fernandez is in Washington D.C. to talk with federal officials about getting the department off of high risk status.

Fernandez also plans to talk to U.S. DOE about securing federal grants.
DOE is still considered as “high risk” after 10 years, which according to federal regulations, means the department either is not financially stable, has a history of unsatisfactory performance or does not meet management standards.
Fernandez says he wants to change that by first getting rid off the third party agent that handles federal grants.
Fernandez tells PNC that he’ll be asking U.S. DOE officials to reconsider the need for the third party agent because it costs the department 3 to 4 million dollars a year.
DOE Acting Superintendent Rob Malay says, “He’s there to openly communicate to them what we’re doing, what we’ve done, what we have planned moving forward so that we can continue this progress in moving towards getting rid of high risk status.”
Malay says a thorough review of DOE has to be requested and completed before the department can get rid of its high risk label. He says though DOE may not be ready for a review just yet, he notes that several improvements have been made to the department.

The Body Beautiful Art Exhibit Opened its door over the Weekend