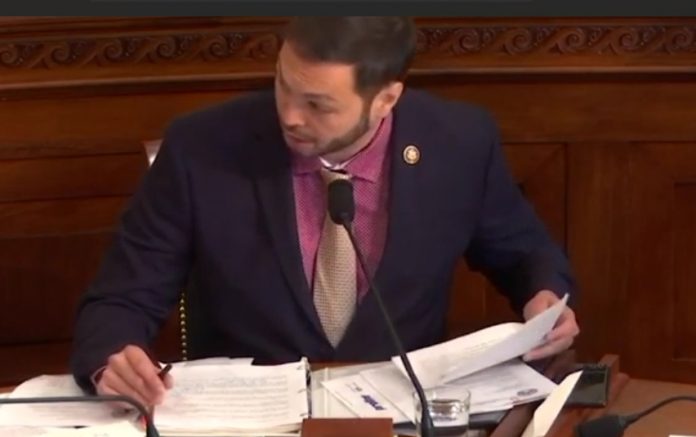 Fresh from passage through its House natural resources committee mark-up hearing, H.R. 1365 introduced by Congressman Michael San Nicolas continues to get bi-partisan support, the latest of which comes from the Department of Interior.

In a June 18 letter to House Speaker Nancy Pelosi and Senate Majority Leader Mitch McConnell, U.S. Department of the Interior (DOI) Secretary Robert Bernhardt urged both the House and Senate “to expedite its consideration and approval” of H.R. 1365, which seeks to make technical corrections to the Guam World War II Loyalty Recognition Act and expedite the distribution of Guam war claims.

Responding to the DOI endorsement, San Nicolas said he is deeply grateful for the “plain urgency” and “clear support” from the DOI and Secretary Bernhardt for H.R. 1365.

“This clear signal from the Administration reassures bi-partisan support at the federal level and affirms that H.R. 1365 is the appropriate vehicle to get war claims paid,” Congressman San Nicolas said in a news release.

He added: “Our remaining work will focus on getting leadership support in the House for an expeditious path to the Floor, and further securing an avenue in the Senate, so we can clear the Congress and get this on the President’s desk as soon as possible.”