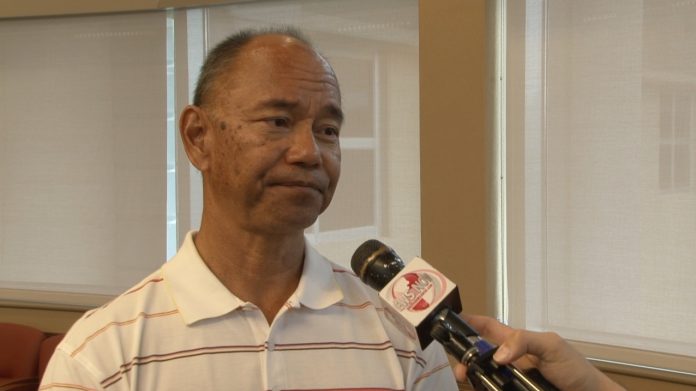 Guam – US Government Attorneys are calling out CCU Commissioner Simon Sanchez for his remarks on the cost of the solid waste federal receivership. Sanchez is backing GovGuam’s financing plan for solid waste management, saying the receivership is costing ratepayers too much But the Department of Justice says his comments are misleading.

CCU Commissioner Simon Sanchez in January chimed in on the ongoing battle between the Calvo Administration and the solid waste federal receivers Gershman Brickner and Bratton.

In a declaration, Sanchez noted that after reviewing both proposals—one from the Guam Government which would also end the federal receivership and one from GBB that has a different timeline and financial plan—he agreed with GovGuam’s version.

“The receiver’s financial plan and the government’s financial alternatives both result in the same projects being funded,” wrote Sanchez, “but the government’s plan better uses existing cash flows, provides more options with the Guam Solid Waste Authority cash flow to assist ratepayers and taxpayers and is more equitable to ratepayers than the plan proposed by the receiver.”

US Department of Justice Attorney Robert Mullaney disagrees and even points out that Sanchez is “simply repeating GovGuam’s misleading claim about the cost of the Receiver.”

Although GovGuam and now Sanchez might be correct in noting that the receivership is costing $1.4 million a year, Mullaney says these costs are broken down into two categories: GBB’s operating costs of $615,000 and GBB’s role as construction oversight manager, which is about $943,000.

“Due to his work at the CCU, Mr. Sanchez must understand the difference between operating costs and construction management,” Mullaney argues.

In fact he points out that while Sanchez was the CCU Chairman, he had first-hand experience with construction management when the Guam Waterworks Authority, under a federal court-order themselves, contracted with private businesses for construction management because “GWA does not have enough experts on board to handle all of the projects.”

Under this same theory, Mullaney points out that GovGuam has not provided any evidence that for the solid waste receivership, they’d be able to find an outside construction management firm that cost less than what GBB is charging.