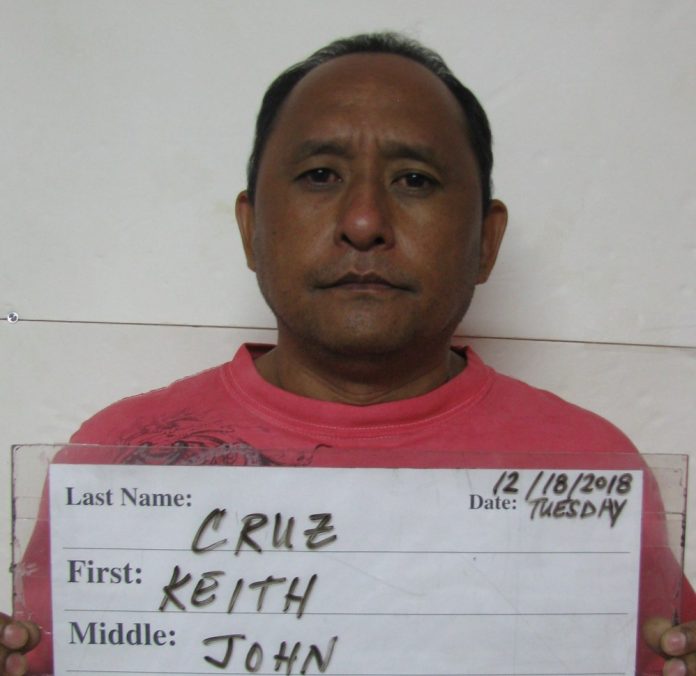 According to court documents, police responded to the residence of Keith John Cruz for a reported domestic violence incident. Cruz had allegedly grabbed his girlfriend and thrown her against the wall, at one point holding a screwdriver and tire repair tool against her neck before choking her.

While at the scene, officers recovered the weapons allegedly used against the victim, but that’s not all the officers found.

Police say that as they searched the residence to ensure no one else was harmed, during this time Cruz attempted to conceal himself in a crawl space underneath a bed in attempt to hide.

Also inside the home were marijuana plants in plain view in one of the bedrooms. The plants were allegedly six inches in height, and Cruz allegedly told police that the plants belonged to him, further explaining that he was trying to clone them.

This is not the first time Cruz has been arrested on drug charges. In 2016, Cruz was arrested for shoplifting and possession of a schedule two controlled substance.

For this new offense Cruz was arrested on charges of family violence and manufacturing a schedule one controlled substance.