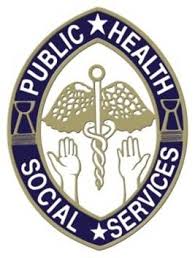 Shigellosis is an infectious disease caused by a group of bacteria called Shigella (shih-GEHL-uh). Most who are infected with Shigella develop diarrhea, fever, and stomach cramps starting a day or two after they are exposed to the bacteria. Shigellosis usually resolves in 5 to 7 days. Some people who are infected may have no symptoms at all, but may still pass the Shigella bacteria to others. The spread of Shigella can be stopped by frequent and careful handwashing with soap and taking other hygiene measures.

There is no vaccine to prevent shigellosis. However, you can reduce your chance of getting shigellosis by:

1.       Carefully washing your hands with soap and water during key times:

·         After changing a diaper or helping to clean another person who went to the bathroom.

o   If you care for a child in diapers who has diarrhea, promptly throw away soiled diapers in a covered, lined garbage can.

o   Wash your hands and the child’s hands carefully with soap and water immediately after changing the diapers. Clean up any leaks or spills of diaper contents immediately.

4.       Avoid sexual activity with those who have diarrhea or who recently (several weeks) recovered from shigellosis.

If you are sick with shigellosis you can prevent others from getting sick by:

·         After using the bathroom or changing diapers

3.       NOT sharing food with anyone if you or your family members are sick.

6.       Staying home from school or from healthcare, food service, or childcare jobs while sick or until your health care provider says it is safe to return.

All health care providers on Guam are urged to be on alert for possible cases of Shigellosis and to promptly report suspect cases to the Bureau of Communicable Disease Control, at any of the following numbers: 735-7154, 735-3601, or 735-7298.

For more information, please call the DPHSS Epidemiology and Laboratory Capacity Program at 735-3601.