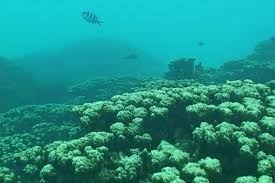 Six people became ill after eating what public health officials suspect was ciguatera poisoning from eating poisonous fish, according to a release this morning from the Department of Public Health and Social Services.

Any reef fish can cause ciguatera poisoning, but it’s normally seen in predatory fish and it commonly occurs in tropical and subtropical areas, particularly in the Pacific Ocean, the Indian Ocean, and the Caribbean Sea.

The toxin in those does not affect the appearance, odor or taste of the fish, and freezing or cooking contaminated fish will not prevent the poisoning.

DPHSS warns that anyone who consumes fish contaminated with the ciguatera toxin will become ill and no anti-toxin is available to treat the condition.

Individuals who consume any fish that contains the toxin can experience many symptoms:  tingling and numbness in fingers, toes, around lips, tongue, mouth and throat, nausea, vomiting, diarrhea and or abdominal cramps, joint pains, headache and difficulty breathing.

Stomach symptoms normally appear within 24 hours of eating the fish. However, effects on the nervous system can appear one to two days later.

To prevent ciguatera poisoning, consumers should:

Report any suspected fish poisoning to DPHSS at 735-7221.

For more information, go to: https://wwwnc.cdc.gov/travel/page/fish-poisoning-ciguatera-scombroid.