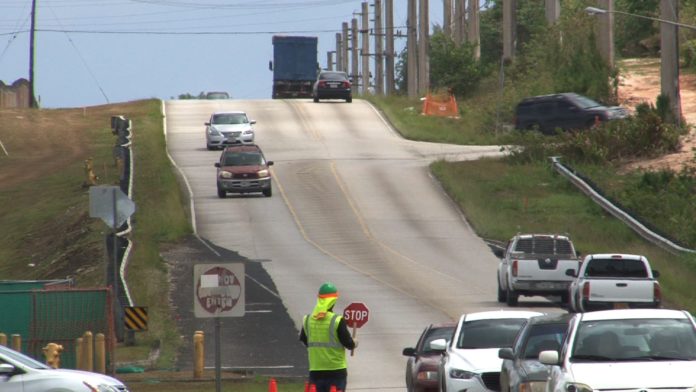 The existing two-lane roadway will be widened to a four-lane divided road that will stretch from 600 feet South of Route 28 to Chalan Kareta. There will also be three signalized intersections added at Route 28, Artero Drive, and Chalan Kareta. The Chalan Kareta intersection is where the new main gate entrance will be to the future Navy Finegayan cantonment area that will be built for the new Marine Corps base that is necessary as a part of the relocation of Marines from Okinawa to Guam and the Guam military buildup.

“It’s great for me to be a part of something that is so much bigger than self and really what it does for the folks on Guam and what it does overall for the security of our great country,” said Marine Corps Activity Guam Officer in Charge Col. Brent Bien.

The contract was awarded to Black Construction. It’s expected completion date is in January of 2020. Governor Eddie Calvo says over the next five years Guam will see 5 billion dollars in construction projects related to the Guam military buildup.