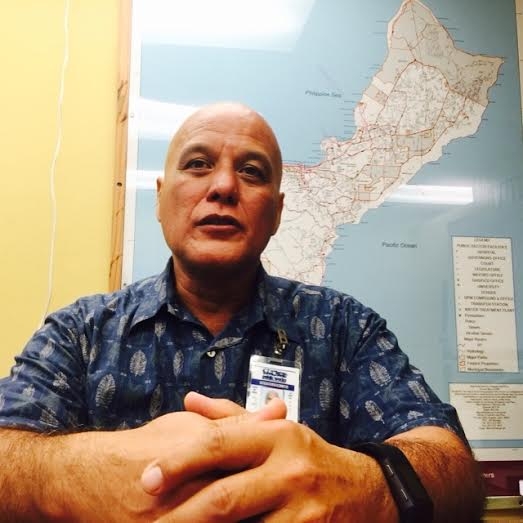 Guam – DPW Director Glenn Leon Guerrero met with GEPA deputy administrator Yvette Cruz this morning(Weds.) about the situation involving the pumping of storm water from a parking area between the Dusit Thani and Outrigger hotels out to Tumon bay and then into the storm drain system. Leon Guerrero says that private developers are not supposed to pump water from their property into the storm drain system.

“EPA did authorize Dusit Thani to do that, that’s a one off deal. I’m okay with that. There’s no harm, no foul, nothing that’s going to impact us long term or financially or even structurally So, I’m okay with that. It’s a one off and we’re not going to see that happen again in the future,” said Leon Guerrero adding, “the law requires all the people that build whatever development you build you’ve got to capture all the water all the rain that falls on your property. It shouldn’t go to the adjacent property. It shouldn’t go into the roadway.”

Instead Leon Guerrero says the solution is to take a holistic approach to dealing with the flooding problems in Tumon. This is something he says DPW is working on. In fact the contractor Maeda Pacific was supposed to clean out the storm water system from the top of Tumon bay to the Fujita ponding basin but the pipes were heavily calcified and difficult to clean. “They got up to I think the sand castle and they didn’t finish the project. The reason for not finishing is basically money ran out,” said Leon Guerrero.

The DPW Director says they are in the process of figuring out a way for Maeda Pacific to finish cleaning the storm drains up to the Fujita ponding basin. The problem is that Tumon is a flood prone area and most of that flooding is being caused by developments along the Tumon cliff line that prevent water from soaking into the ground and instead causes water to run off pavement and cement down to the lower areas of Tumon where it overwhelms the storm water drainage system.

Meanwhile GEDA has identified $11 million dollars that it will use to hire a company to upgrade the drainage system in Tumon. This plan however has drawn some criticism by people who are concerned that it will funnel too much fresh water straight into the bay which would upset the ecosystem.