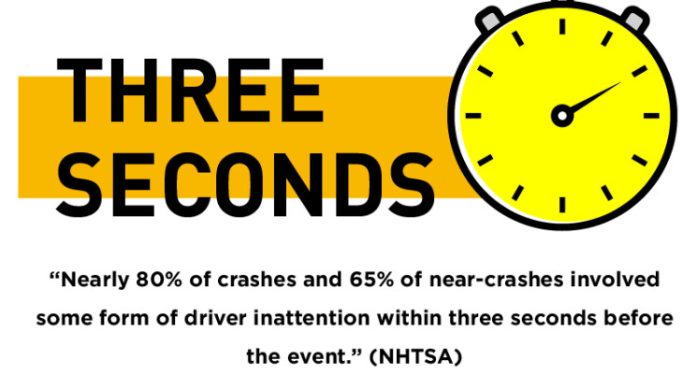 A virtual proclamation signing held on Friday declaring April distracted driving awareness month. The Leon Guerrero-Tenorio administration highlighted the dangers of this prevalent issue and solutions to combat it.

According to data from the Centers for Disease Control and Prevention, nine people in the United States are killed every day in crashes that are reported to involve a distracted driver.

On average, more than 700 auto collisions involve distracted driving in recent years, and the economic toll of all motor vehicle crashes in the U.S. annually exceeds 400 billion dollars.

Additionally, the proclamation states that distracted driving has become an epidemic, as visual, cognitive, and manual distractions such as texting while driving, eating, drinking coffee, and applying makeup are familiar diversions dangerously overlooked.

Director of the Department of Public Works, Vince Arriola, further expanded on the aim of this month and urged Guam’s public to be mindful of the dangers of driving while distracted, saying “Stated by GPD that, going at 35-40 MPH, you travel actually 150 ft. every three seconds- that’s a lot that’s a lot of coverage in just that short while. So, that should give everyone an idea of what could happen if you are distracted while driving. So again, we just wanna ask the public and really urge and encourage the public to be as diligent as they can while their driving- pay attention, you are operating a motor vehicle that weighs well over 3,000 lbs. And you are also responsible for not just yourself and the passengers in your car but also the other drivers around you.”

Lieutenant Governor Josh Tenorio outlined the program, saying “You drive, you text, you pay campaign- a high visibility education and law enforcement initiative. Beginning April 9th, there has been increased local law enforcement efforts- and we continue to promote highway safety and encourage everyone to keep their heads up and eyes on the road– especially as we work towards our recovery from the pandemic.”