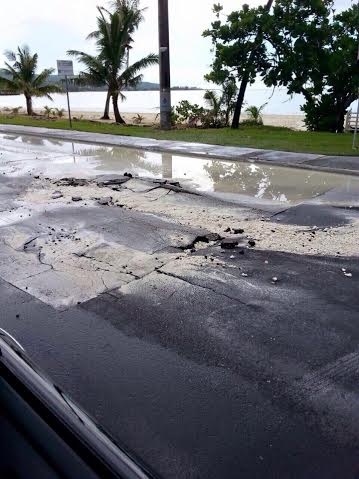 Guam – DPW says they are investigating a section of Marine Corps Drive in East Hagatna that partially collapsed yesterday.

The collapsed road caused traffic to back up for a couple of miles in both directions. Today(Tues) the Department of Public Works issued a press release saying they are excavating the area of “failure” which coincided with the location of an existing storm drainage pipe. Crews dug up the area around the pipe and began clearing out the plugged outfall. Buses and heavy trucks should seek alternative routes if possible.

Public Health gearing up for next rapid COVID testing this weekend