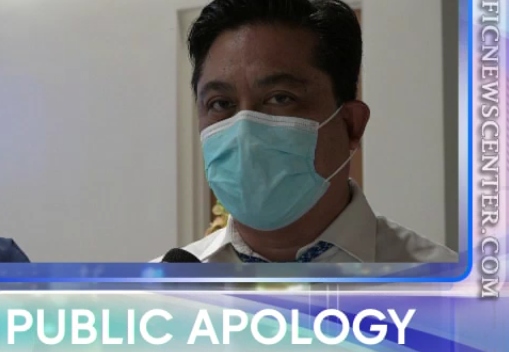 Dr. Vince Akimoto has made a public apology to Dr. Janna Manglona after making what he described as ‘disparaging and hurtful comments’ about the doctor.

Dr. Akimoto was heard on-air admonishing Dr. Manglona, who is currently the Central Medical Director at Public Health, for putting blame on the public for the spread of COVID-19 on Guam.

Dr. Akimoto received backlash from concerned groups such as the Guam Women’s Chamber of Commerce who said they were incensed by the personal attacks.

Jayne Flores, the director of the Bureau of Women’s Affairs, also reacted to Dr. Akimoto’s on-air rant. Flores said his remarks are part of the problem in our community and that language that degrades women is often normalized and rarely challenged or called out.

Dr. Akimoto made his public apology this morning during an interview with Patti Arroyo at K57.

“I am Vince Taijeron Akimoto, a proud son of Marianas and I am sorry for being disrespectful to Dr. Janna Manglona. As a human being and as a person, Dr. Manglona did not deserve to be called such disparaging names by me and our community has rightly told me to shut up,” Akimoto said.

He added: “No person on Guam should be subjected to verbal criticism that hurts their feelings or diminishes their dignity. I know our community is good. We can overcome any challenge, even this terrible pandemic, but we would have to work completely together.”