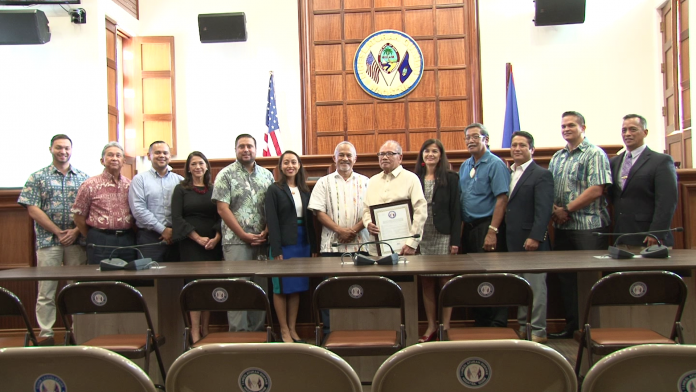 Guam – Guam’s longtime medical examiner Dr. Aurelio Espinola will be retiring next month. Today, he was presented with a resolution to congratulate him on his career and honor him for his 25 years of service to the people of Guam.

Dr. Espinola may be retiring as a forensic pathologist, but in his long career in medicine, he’s also practiced in other fields of medicine, such as obstetrics-gynecology and anesthesiology. He even studied law and picked up a law degree from South Texax College of Law.

Born into poverty in the Philippines, a young Espinola first dreamed of becoming a farmer. But when a doctor refused to care for his sick brother because Espinola couldn’t afford to pay for his brother’s medical care, he resolved to become a doctor so he could help the poor.

He studied in Manila and practiced there for a few years before moving to the states where he eventually became the Deputy Chief Medical Examiner in Houston, Texas.

It was only by chance that Dr. Espinola settled on becoming a medical examiner on Guam; he was on the island for a short stopover when local physician Dr. Ernesto Espaldon convinced Dr. Espinola to take a job here instead. And the rest is history.

“I thank you for giving me this honor … and I want to thank the people of Guam for letting me serve them and growing part of my life,” Espinola said during the resolution presentation.