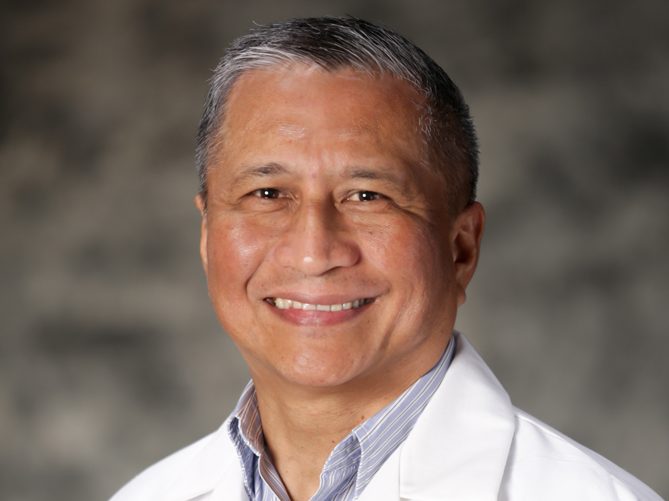 Guam – Some major changes are happening over at the Guam Regional Medical City as the three-year-old hospital confirms that Chief Operating Officer Dr. Michael Cruz will now be replacing Margaret Bengzon as the CEO.

Bengzon was instrumental in the development and opening of Guam’s only private hospital. She is the daughter-in-law of Alfredo Bengzon, the long-time CEO of The Medical City in the Philippines, which is the parent company of GRMC.

The appointment of Dr. Cruz to head the 130-bed tertiary hospital is in line with GRMC’s goal to hand over control of the hospital’s operations to local administrators. The new board chairman will be Jose Gonzales, the nephew of Alfredo Bengzon.

The changes also come amid deep turmoil within The Medical City as they are in dispute over the company’s ownership. Alfredo Bengzon was ousted by Gonzales earlier this year in a shareholder power struggle but the Philippines’ Securities Exchange Commission last month ruled that a Singaporean investor firm violated the Securities Regulation Code which in turn misrepresented the amount of shares the investors controlled.

The havoc within the parent company, however, does not seem to have any effect on GRMC’s operations nor on its recent change in leadership.

“This has been the plan from the beginning, for local healthcare professionals to assume the leadership roles at GRMC. I am very proud of what we’ve accomplished so far and would like to thank Margaret Bengzon for the outstanding contributions, commitment and guidance she provided to GRMC over the last four years while she was CEO,” said Dr. Cruz in a statement.

You can read the full release from GRMC below:

“This has been the plan from the beginning, for local healthcare professionals to assume the leadership roles at GRMC,” said Dr. Cruz. “I am very proud of what we’ve accomplished so far and would like to thank Margaret Bengzon for the outstanding contributions, commitment and guidance provided GRMC over the last four years while she was CEO. Margaret played a huge role in the design, development, building, and in opening the doors of GRMC and ensuring its daily operations have been successful. We are very grateful
to her.”

GRMC’s local leadership also includes Dr. Felix T. Cabrera as Chief Medical Officer and former Senator Francis Santos, who is a consultant and member of GRMC’s Board of Directors. The board also welcome a new Chairman, Mr. Jose Xavier B. Gonzales, who also serves as Chairman of TMC’s Board.

“GRMC has surpassed expectations since opening in July 2015,” said Gonzales, “Moving forward, I am excited to work with Dr. Cruz and the team that we’ve built here. With support from the board, GRMC will continue providing the people of Guam with excellent medical care.”

Since officially opening for patients in 2015, GRMC has realized major accomplishments like The Joint Commission accreditation and recent re-accreditation, Centers for Medicare and Medicaid Services (CMS) certification, and College of American Pathologists (CAP) accreditation for our laboratory.

“I would like to thank our parent group and the investors for taking a risk on Guam, in the building of GRMC. Your confidence in our island has been a positive investment opportunity and has had long-term healthcare benefits for our people,” said board member Francis Santos. “I appreciate your confidence in our local healthcare professionals. I am proud to be part of this team.”