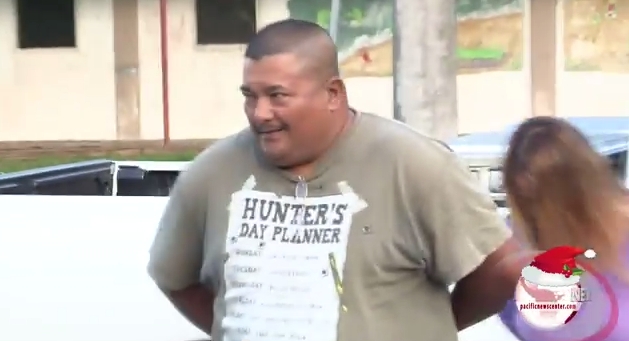 Dr. Mcninch Says This is an Issue of Civil Rights

Guam – Dr. Ron McNinch says that he’s concerned that by arresting John and Catherine Peredo GovGuam is creating a chilling affect that could scare off whistle blowers or anyone else who wants to make a complaint about potential government fraud.

“I don’t believe this arrest was in any way justified I think it was improper I think it was an improper use of law enforcement authority it’s a very basic civil rights issue.” UOG Professor Dr. Ron McNinch is talking about the arrest of John and Catherine Peredo a couple that were arrested for making false statements about a cooler full of ballots. Catherine Peredo signed an affidavit essentially swearing under penalty of perjury that she saw a cooler full of ballots pre-marked for Calvo/Tenorio at a Dededo precinct on election day. She would later rescind her affidavit with another statement saying in part that “On election day I did see a ballot, but not (too) sure after the passage of time whether it was an official general election ballot or sample ballot and it was only one ballot that I saw.”

Because of this Dr. McNinch believes she is being punished for making what she felt was a legitimate complaint. “And she said oh I didn’t know that so she was asked to make a second affidavit So they’re taking the first affidavit and the second affidavit and in effect accusing her of a criminal act because she was trying to take back what she said in the beginning when she was told what the information was,” said Dr. McNinch.

The UOG professor is concerned that this sends the wrong message to the community. “What this does is penalizes citizens or even government officials for using their process of petition and that’s wrong and also using the police department which are law enforcement they’re supposed to be dealing with burglars and dealing with car jackers and people like that using them for an administrative review process to look into an administrative matter. I’m deeply concerned about what we would generally call the color of law. That is their using their powers of office in a way that’s probably not healthy for our community,” said Dr. McNinch.

McNinch says he doesn’t think this is a criminal matter and he thinks this arrest is more a political move meant to scare people from filing complaints against the government. “In the federal government you call this a chilling effect. That when you arrest people for making complaints you create a chilling affect and that is wrong. We should not have that happen what would happen if I complained to the media or complained to anybody else? Would I then be attacked or arrested for making a complaint. What if I’m a whistle blower would I be attacked or persecuted for doing that? Using government processes? That’s wrong,” said Dr. McNinch.

John and Catherine Peredo were booked and released and have yet to be magistrated in court. Meanwhile more arrests could be made as Police Chief Fred Bordallo has told PNC that the investigation continues.