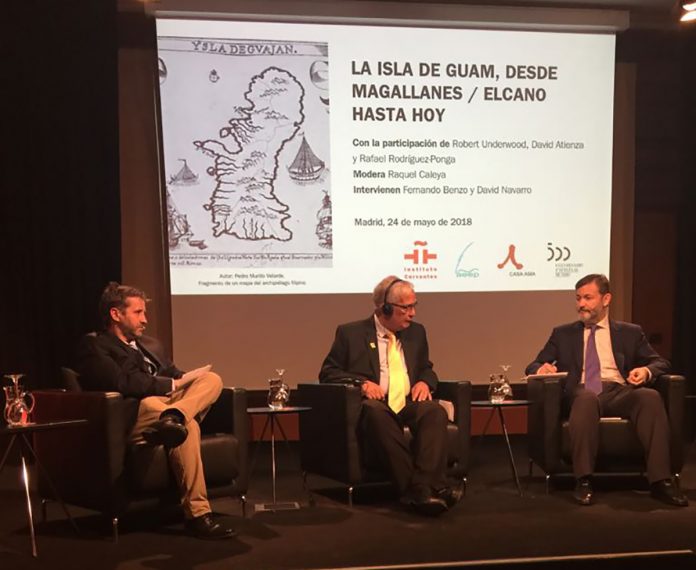 Guam – Dr. Robert Underwood traveled to Spain and the Czech Republic recently, visiting six universities, three museums and meeting with government officials, as he established connections that would allow for an exchange of information between our island and the two European countries.

The year 2021 will mark the 500th anniversary of Ferdinand Magellan’s circumnavigation of the globe.

To the Spanish, this voyage was historical and pivotal, a first attempt at globalization, an effort to create an international trade network. To the native Chamorros, Magellan’s landfall is viewed in another light.

“Back in 1974 I had one Guam Senator tell me very proudly he’s introducing a new holiday on Guam, it’s called Discovery Day, so that Bill was introduced and we celebrated Discovery Day, and after about 20 years of celebrating Discovery Day, people started saying ‘Oh, that sucks. Magellan came here, he killed seven Chamorros and he called us Isla De Ladrones, Island of Thieves and he left. Is that what we want to celebrate?’ said Underwood.”

Underwood recognizes the difference in viewpoints, suggesting that the anniversary commemorate an encounter, thus avoiding the treacherous waters between celebrating and not celebrating that particular moment in history.

Through his visits, Underwood has set in motion what will likely be a culture exchange, where thoughts and ideas, as well as emotional and storied conversations can be shared within the context of commemorating that encounter.

Underwood noted that he wants to make sure that there is room for the perspective of Guam, saying that absent that, it won’t be there.

The University of Guam will offer students the opportunity to conduct research abroad, as the pool of knowledge about our island grows wider and deeper.

In the years of 1789, 90 and 91, an expedition to Guam and Rota made by a researcher from Bohemia, allowed for the collection of thousands of plant samples that have been preserved and will now become part of an agreed upon herbarium exchange between the Czech Republic and Guam, an enormous value to researchers.