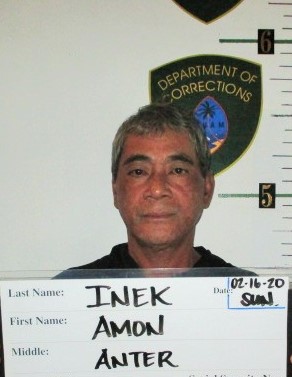 On Saturday Feb. 15, officers from the Dededo Precinct Command responded to a traffic crash involving two bicyclists and a car on Route 28 Ysengsong Road in Dededo.

Preliminary police reports suggest that at around 8 pm, 55-year-old Amon Inek was operating his vehicle on Rt. 28 Ysengsong Road, by Chalan Batulo, when the vehicle ran off the roadway and collided with two bicyclists who were traveling on the opposite eastbound shoulder.

As a result of the crash, the two bicyclists were transported to Guam Regional Medical City for treatment and care relative to injuries they sustained from the crash.

He was booked and confined at the Department of Corrections. The case has been forwarded to the Office of the Attorney General for prosecution.