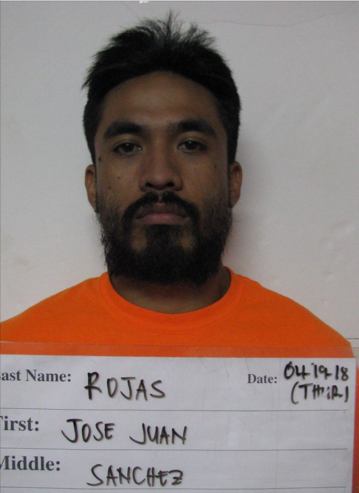 Guam – As the saying goes, “Meth is a hell of a drug” and in the case of this next individual his addiction allegedly caused him to resort to stealing.

Jose Juan Sanchez Rojas and a man he identified as Dion allegedly devised a plan to get money “feed his addiction,” that plan was allegedly carried out.  Police say he allegedly admitted that he drove Dion to the Tumon area where Dion jumped out of the passenger’s seat and stole a purse from a tourist who was walking.”

This information was brought to light during a search of Rojas’ residence, which according to court documents was being conducted in relation to another case.

Police state that during the search Rojas indicated that “the officers searching his residence are going to find contraband in his room,” and admitted to “owning a glass
pipe.”

The complaint stated that Rojas shared that “he has been trying to quit but has developed an addiction to the drug.”

He was charged with possession of a scheduled two controlled substance.